More than 400 self-isolate after Covid outbreak at school

More than 400 pupils are self-isolating following an outbreak of coronavirus at a school in Fife.

Ten pupils and six staff members have tested positive for the virus at Auchmuty High School in Glenrothes.

The figures were confirmed in a video update by head teacher Alan Pithie, who confirmed school attendance currently stands at “around about 50%”.

Mr Pithie said in a statement on Tuesday: “At the moment the basic figures are that we have ten pupils who have tested positive and six staff members.

“The outcome of that is that 13 staff in total are either positive or having to self-isolate and over 400 pupils are also self-isolating at the present time.

“I would say that currently the school attendance is around 50% at the present time.

“This sounds an incredible horrendous picture and it is, this is an incredibly difficult situation to be going through.

“However, there are emerging facts that make it a slightly brighter picture.

“The really encouraging sign is that we haven’t actually had any more positive cases for the beginning of this week.

“And those pupils who tested positive last week were already self-isolating.”

Fife is currently in level three of the five-tier Covid alert system, where it has been placed since Friday. 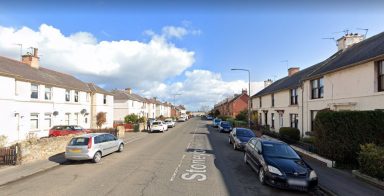