Missing baggage moved to temporary facility after string of issues

Passengers have been warned that there may be delays at peak times. 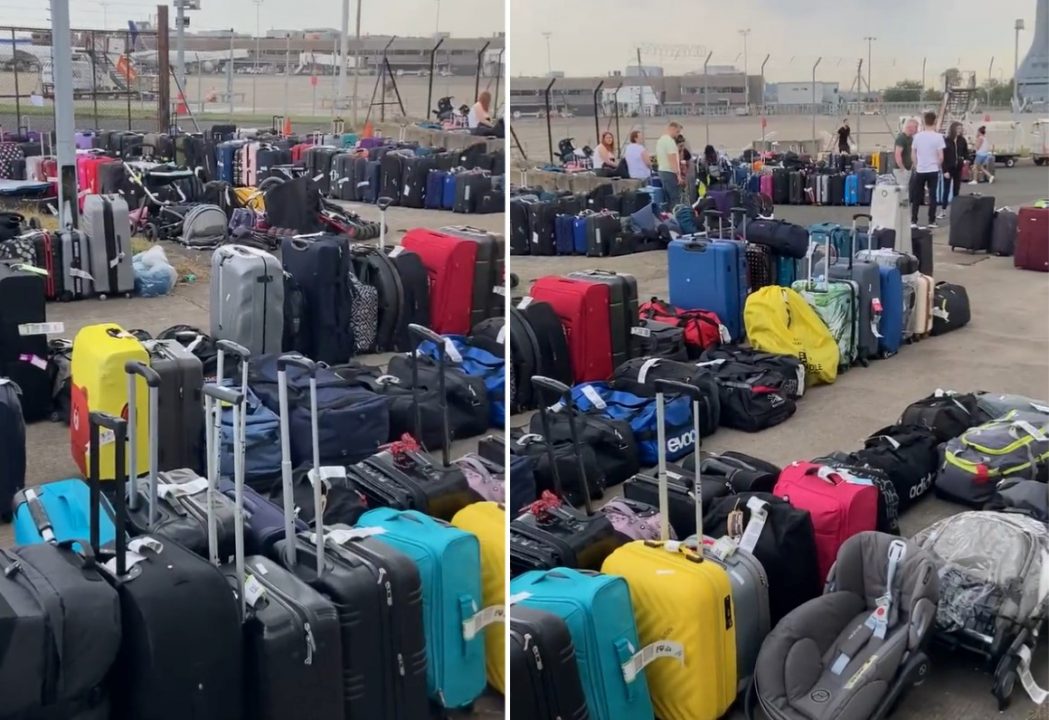 Airline passengers are continuing to face chaos following a string of problems linked to missing luggage.

Holidaymakers have condemned Swissport systems in place at Edinburgh Airport after they claimed “no coherent plans” to manage the peak travel period were established – resulting in dozens standing outside on the hottest day ever recorded in Scotland.

On Thursday, the airport announced that passengers whose luggage was handled by Swissport can now attend a temporary baggage facility at the Royal Highland Centre to collect delayed bags.

A spokesman for Edinburgh Airport said: “We’ve provided operational support to Swissport by helping them move luggage to and setting up this facility so they can allow passengers to retrieve their luggage.

“We appreciate the frustration that some passengers will be experiencing and encourage them to contact their airline and handling agents for further information. We have been assisting where we can by signposting passengers to appropriate partners, but we remind people that there is no excuse for abusive behaviour towards staff who are trying to help.”

Earlier this month, hundreds of missing bags were being held in storage all over the airport, with some people reporting delays of several weeks for their luggage to be returned.

Unclaimed bags have now been moved from the airport terminal and taken by Swissport to the secure Lowland Hall facility at Ingliston which will be open each day from 9am to 5pm.

In order to retrieve their missing bags, passengers must take along their luggage tags and identification to access the area – without this Swissport are unable to return bags.

No appointment is required to attend the facility but Swissport have warned that there may be a slight delay at peak times as they work to deal with requests.

There are wider issues across the aviation industry at present, including staff shortages, increased demand for summer holidays, and thousands of cancellations which have in turn had a “knock-on effect”.

A Swissport spokesperson said: “We apologise to passengers who’ve experienced delays to the return of their baggage at Edinburgh Airport. In busy periods such as the current peak travel time, the knock-on effects of delays across the travel process, such as air traffic issues, short-shipped luggage and late changes to flight schedules, can create challenging conditions for baggage handlers.

“We have brought in additional staff to help our team and are updating passengers with details of our secure baggage repatriation facility at Ingliston to ensure we can reunite them with their baggage as soon as possible.”