The man, who authorities say is Nicholas Rossi, did not attend court after it was claimed he had Covid. 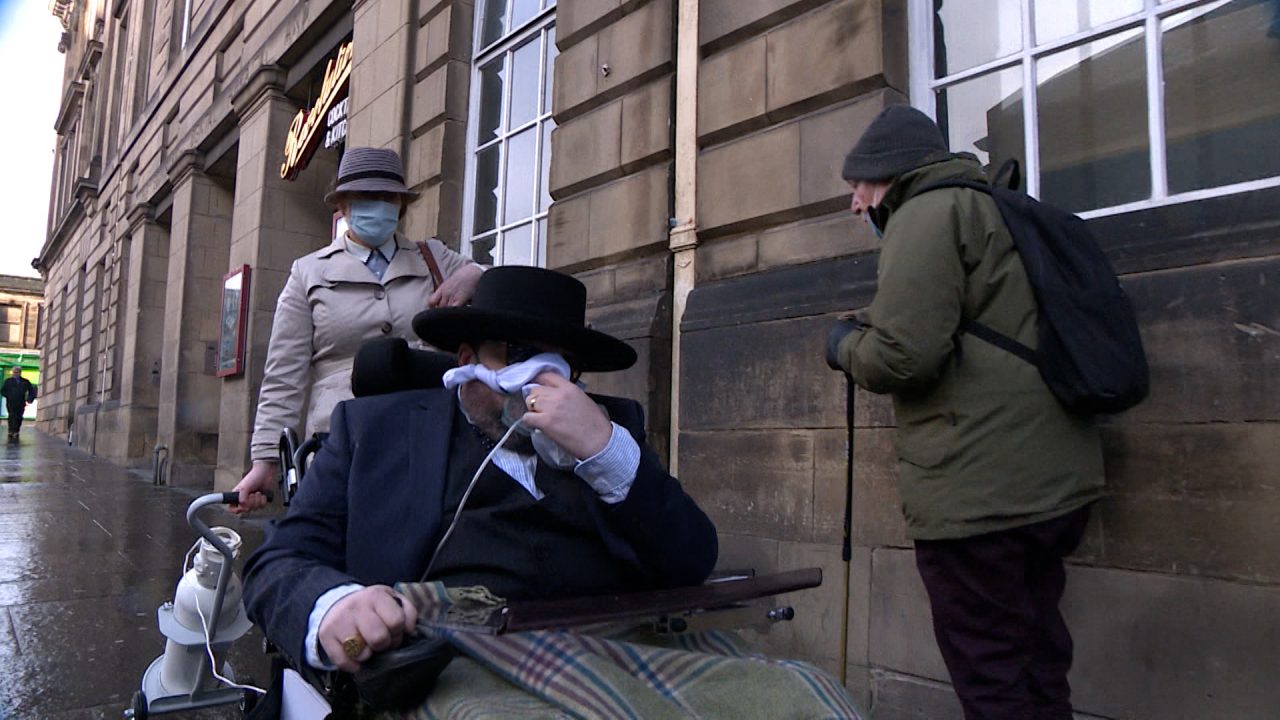 Prosecutors have given the man facing extradition to the United States to face a rape charge seven days to provide a passport and other documents to prove his claimed identity is real.

The alleged fugitive, who authorities say is Nicholas Rossi, failed to attend court on Thursday after it was claimed he has Covid.

In last few days, it has emerged the 34-year-old, who insists his name is Arthur Knight, is facing a new rape allegation.

Michelle Minnar said she knew the man as Nicholas Alahverdian, adding the American she met on a dating website in the summer of 2017 quickly moved into her Essex home.

She claims the man, who also used his mother’s surname Rossi, then spent thousands of her savings and left her living in fear after a five-week relationship.

Michelle is convinced Nicholas is the same man arrested in a Glasgow hospital while being treated for Covid last year.

It came as a shock to the 41-year-old, who had seen reports in 2020 that Nicholas Alahverdian had died.

Prosecutors say he faked his death to evade a rape charge in Utah.

“I almost fell out of my chair because, remember, I thought he was dead,” she told STV News.

“When reading the extent of the trail of destruction wherever he goes, it just didn’t feel good so I felt obligated to immediately contact the police in Utah and Interpol.”

Michelle said the relationship with Nicholas ended with her changing the locks and asking the police for advice on how to remove him from her home.

She told STV News: “It was hell from the get go. He created discord every single day. He went through all my messages and emails. He asked where I was the whole time. He told me not to speak to my friends anymore. He also told me to get rid of my son because he has special needs and to just focus on my daughter. It was just one thing after another.”

The 41-year-old also alleges Alahverdian forced her to have sex when she tried to end the relationship.

“I felt like a hostage in my own house because I couldnt get rid of him and then he insisted on having sex. I couldn’t get out of the bedroom because he blocked my way,” she said.

“It took me five years to fully open up about what happened to me because I felt so ashamed and really stupid.

“I was hesitant at first in pressing rape charges because this is not why I set out on this, I wanted to assist the police wherever possible to get him back in the United States to face the charges.”

Michelle has given a video interview to Essex Police. The force confirmed inquiries are ongoing.

All allegations facing Nicholas Rossi or Alahverdian have been denied by the man who insists his name is Arthur Knight.

He claims he is the victim of mistaken identity and has never been to the United States.

He failed to attend the latest hearing of his extradition case on Thursday for the third time. His wife emailed the court to say he has Covid.

The sheriff was told that police attended the 34-year-old’s home in Glasgow and asked him to voluntarily give his DNA and fingerprints, which he refused. He has now been ordered by the court to provide these samples.

The sheriff asked for him to attend another hearing next Thursday and bring with him a passport, a birth certificate or anything else that can provide his identity.

The Crown has made a motion for a warrant for arrest if the man fails to appear in court next week.