The 33-year-old is being treated in Glasgow Royal Infirmary after being pulled from the burning property. 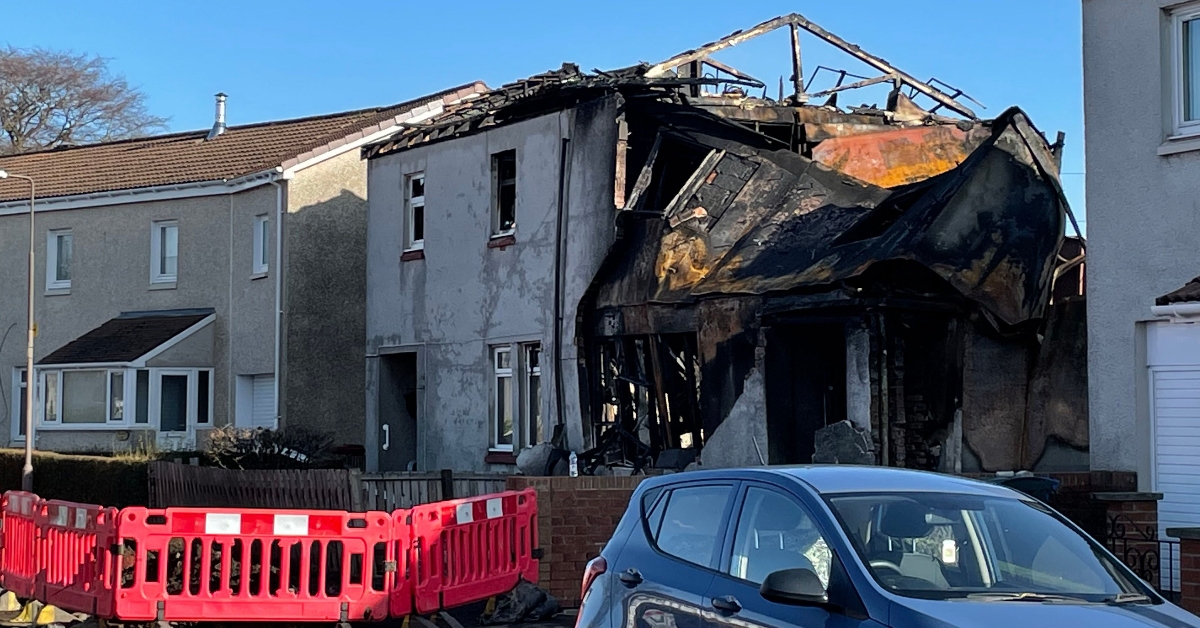 A man is in a stable condition having been taken to hospital after a suspected gas explosion.

The 33-year-old is being treated in Glasgow Royal Infirmary after being pulled from the burning property by firefighters in Falkirk.

Flames and smoke were seen billowing from a house in Larbert early on Saturday afternoon.

Locals reported hearing an explosion before seeing flames engulf the building on Broomage Crescent, which has partially collapsed.

A total of 10 properties were evacuated and members of the public were warned to avoid the area for their own safety following the incident at around 1.40pm.

On Sunday, Police Scotland said that most of those affected had been able to return to their homes.

An investigation is ongoing.

A spokesman for the force said: “Around 1.40pm on Saturday, February 26, officers were called to reports of an explosion at a house on Broomage Crescent, Larbert.

“A 33-year-old man was taken to Glasgow Royal Infirmary where medical staff describe his condition as stable.

“Ten properties were evacuated but the majority of residents have now been able to return to their homes.”

“Officers remain at the scene and inquiries are ongoing.”