The A72 in the Scottish Borders was locked down as emergency services responded to the incident. 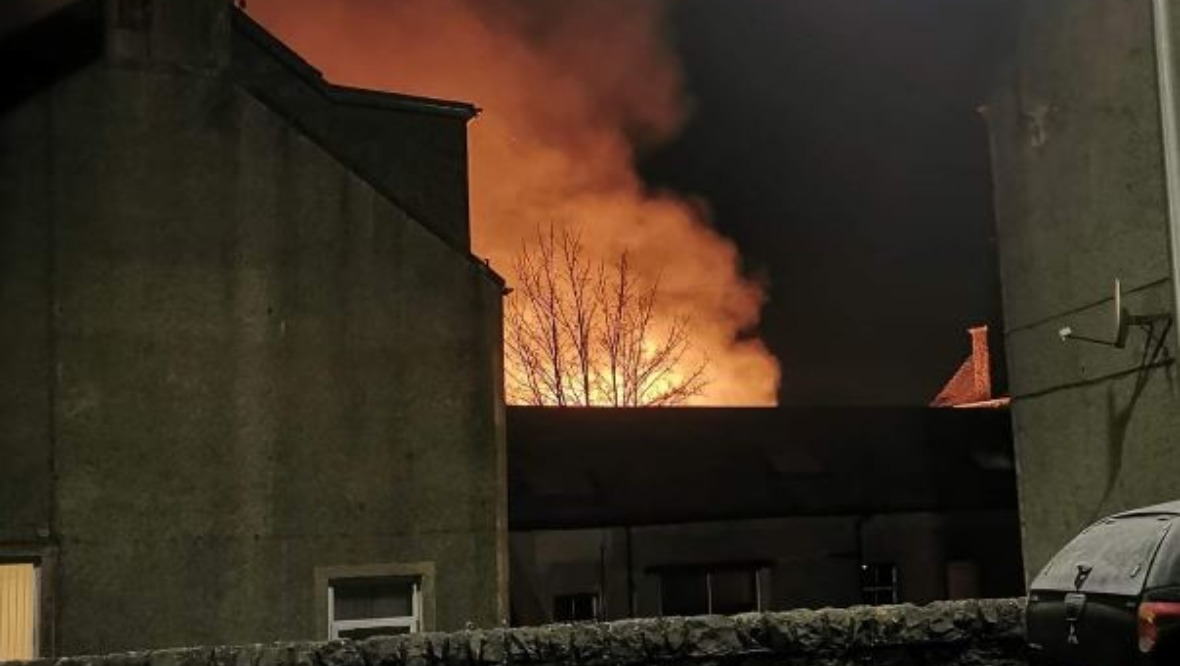 A chemical plant in the Scottish Borders has gone up in flames, closing roads and shutting a primary school.

A number of households were also evacuated as a precaution.

Specialist teams were called to put out the blaze at Rathburn Chemicals in Caberston Road, Walkerburn, on Friday morning.

The Scottish Ambulance Service said two people were taken to Borders General Hospital. Their condition is not known.

Due to the threat of hazardous materials the road was closed.

The local authority revealed that 26 people were accommodated in a rest centre at the village hall and support was provided until they were allowed to return to their home at lunchtime.

Debris from the incident has blown into neighbouring properties, which includes roof tiles that may contain asbestos.

The council stated that an assessment is being carried out, however the risk to the public is believed to be low due to the type of material involved.

Specialist contractors are expected on site to commence clean-up operations.

A council spokesperson said: “Whilst the responsibility for the clean-up will be the responsibility of the site owners, we and partners are working closely with them to ensure that all public safety matters are dealt with as a priority.”

The A72 was shut off to traffic for a number of hours before reopening shortly before 11am.

Borders Buses advised that the closure “severely disrupted” its services, while buses to Priorsford Primary School were also cancelled.

The alarm was raised at around 6.44am. Two engines and two specialist vehicles were sent to the scene, along with police.

The fire service left the scene shortly before 3pm.

Alex Hume, Scottish Fire and Rescue Service group commander, said: “We were alerted at 6.44am on Friday, January 10 to reports of a fire within an industrial unit in Walkerburn, Scottish Borders.

“Two casualties were treated at the scene, and transported by ambulance to Borders General Hospital as a precaution.

“The fire has now been fully extinguished and precautionary checks carried out, and the site has been handed back to the occupier.

“We thank our crews, emergency service colleagues and partners for their support in bringing this incident to a safe conclusion.”

South of Scotland MSP Michelle Ballantyne posted a picture of the blaze on Twitter, adding: “Rathburn is important to our community and it’s important we support the firm and anyone affected during this difficult time.”

A spokesperson for Rathburn Chemicals said an investigation was under way.