A man was arrested following the crash on the M90 in Fife on Wednesday night. 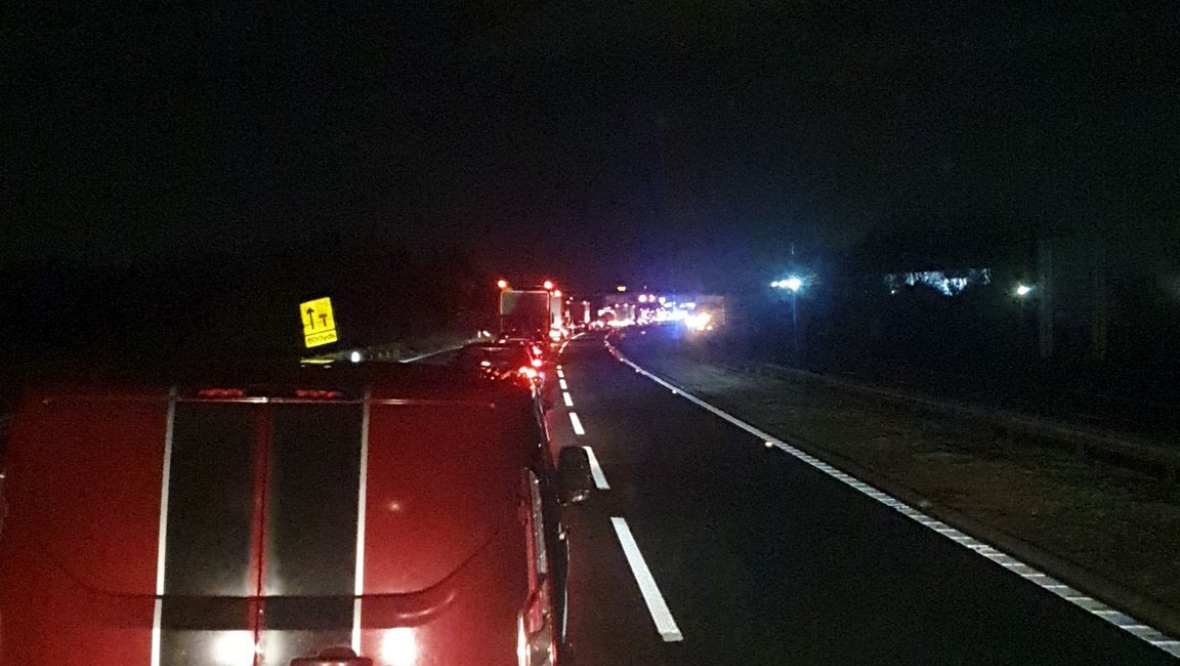 Three people were taken to hospital after a multi-vehicle crash on the M90 in Fife.

The three-car smash happened at around 11.15pm on Wednesday southbound between Junction 2 and Junction 3.

Emergency screws attended the scene and two men and a woman were taken to Victoria Hospital as a precaution.

Police arrested a 34-year-old man in relation with the incident as enquiries continue.

A Police Scotland spokesperson said: “Around 11.15pm on Wednesday, April 6, 2022, police were called to a three-vehicle road crash southbound on the M90, Between J2 and J3, South West Fife.

“The occupants of one of the cars, two men and a woman, were taken by ambulance to the Victoria Hospital in Kirkcaldy as a precaution. No details on injury, if any.

“A 34-year-old man has been arrested for alleged road traffic offences and enquiries are continuing.”