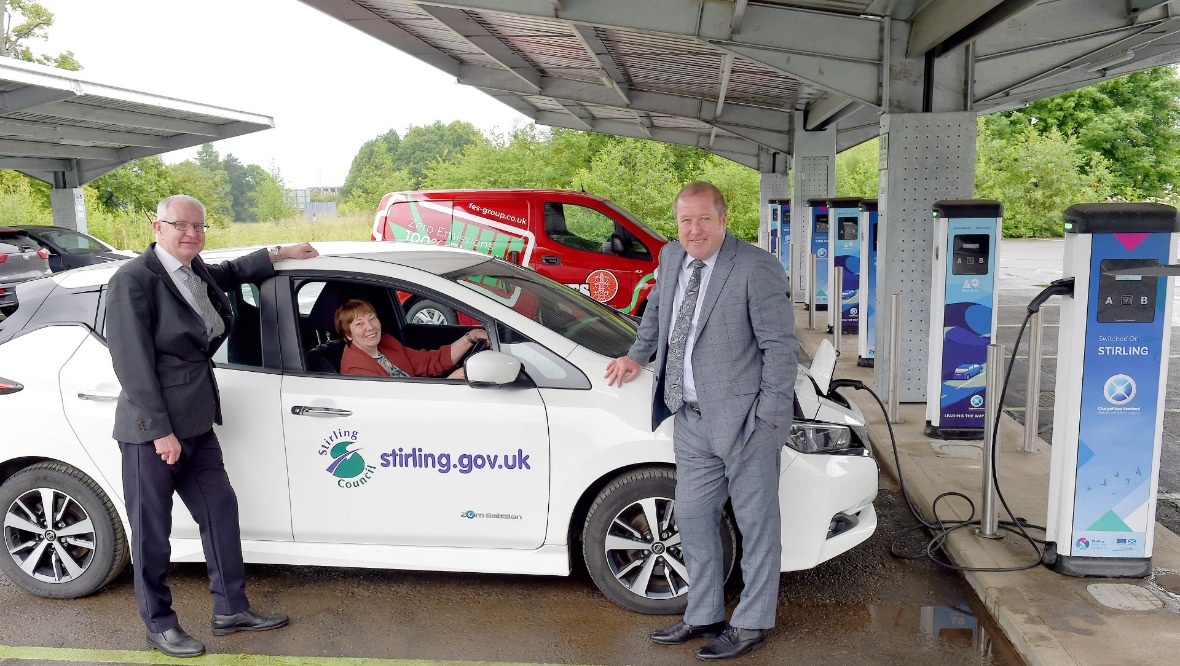 One of the UK’s largest Low Carbon Transport Hubs – with solar panels covering 132 car parking spaces – has sparked into life in Stirling.

Scottish Government transport minister Graeme Dey visited the Castleview Park and Ride site on Monday to view the facility, which aims to protect the environment and encourage more sustainable modes of transport.

In addition, the solar canopies are integrated with a battery storage system to maximise the renewable energy used and to minimise losses.

The battery system has a storage capacity of 352kWh, which is 30% of the daily peak renewable energy generated, and discharges at a rate that allows all of the car chargers on site to be operational at the same time.

Dey said the new site supports the Scottish Government’s ambition of phasing out the need for new petrol and diesel cars and vans by 2030 and Scotland’s world-leading commitment of net-zero emissions by 2045.

The transport minister told STV News: “We can talk to the public, we can tell them what they ought to be doing, but in reality we need to work with the public to provide the facilities that are going to make it easier for them to go green.

“I think it’s important that the government takes up that role as leading on enabling the change.

“We’re asking people to make significant changes in their behaviours in the years to come and we have to provide the infrastructure and the facilities in general to set that direction of travel for them.”

“With the electricity produced being used to power onsite buildings, car park lighting as well as charge vehicles, this is a massive step forward in our aims to meet our climate change targets and encourage more sustainable modes of transport.”

Local company FES was the successful contractor, following an open procurement process, and designed and built the integrated sustainable energy and transport element of the hub.

Additional active travel and low-carbon opportunities from the site will include a safe crossing from the area and an improved active travel path to encourage site users to take more active forms of transport into Stirling city centre.

Speaking about the charging network, ScottishPower’s Scott Mathieson said: “Whilst it’s a set number of chargers at various capacities, actually it’s equivalent to plugging in 600 homes into the grid.

“And if you think just within Stirling’s area alone we’ve got another ten of these coming within the next five-year window.

“So that’s a great challenge for us, and we’re an engineering business, we can meet that challenge.

“And the wonderful thing about the network’s business is that we can do it cost-effectively. The use of the network costs the customer less than 40p a day.”