Raymond Nicholls, who lives alone, was offered the role in a bid to help him socialise with others during the pandemic. 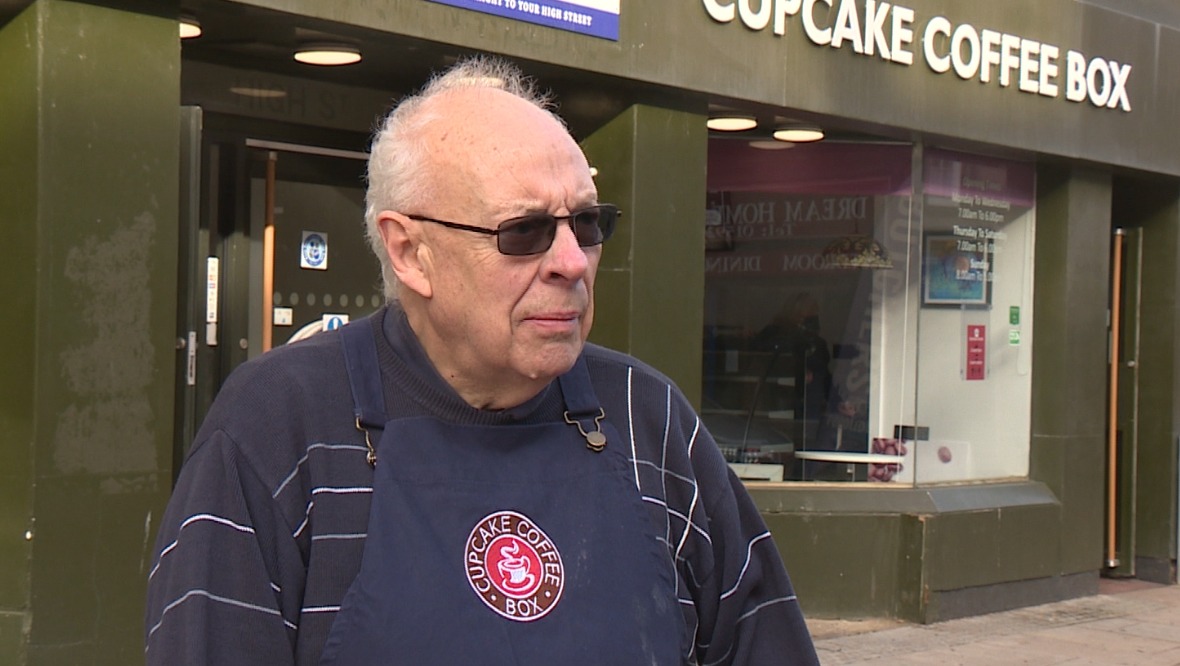 A lonely pensioner has taken up a part time job in his local coffee shop after the owner noticed he was feeling isolated due to the coronavirus pandemic.

Raymond Nicholls was a regular customer at Cupcake Coffee Box in Kirkcaldy, Fife when boss Mike Lowe noticed the 82-year-old was missing out on the chance to socialise with others.

The latest lockdown restrictions meant the cafe could only offer food and drinks via takeaway, meaning Raymond was unable to interact with staff and other customers as before.

Mike said: “Raymond got himself a coffee and was literally stood on the high street waiting for some of his coffee pals to pop along so he could have his chat.

“To be honest it was pretty awful, it was pretty dreadful, so we literally walked out and asked him if he wanted to put on a pinny, and I would give him a job.”

For Raymond, who lives alone, getting out and about to see his friends again is a lifeline.

“Mike kindly realised that I was struggling in a lot of ways,” he said.

“I would have probably been stuck in the house, no interaction because I live on my own, that I’m sure is one of the real problems that people are having to cope with in this very difficult situation.

“You don’t want just the company of your television set, we were not put on this earth to be hermits,” he laughed.

Far from being a hermit, working a few hours a day at the cafe during lockdown has meant Raymond has increased his social circle.

Mike added: “This is literally where he comes and has his social interaction, when [customers] buy a coffee they’ll pop their head round and say ‘hello Raymond’, so you know I think he’s made a lot more friends than he had previously.”

Mike hopes to continue helping people like Raymond and is encouraging other business owners to do the same.

He said: “He’s thoroughly enjoyed himself, he really has honestly I think it’s given him a little bit of something to get up for, so you know it would be nice if maybe others looked within the community.”

Raymond hopes other people struggling through lockdown can get the help they need.

He said: “We’ve all got to help each other through this situation, that’s my feeling anyway, and certainly if we can get out there to more individuals such as myself, living on their own, then it can only be good.”