Locals have hit out over illegal left-hand turns after a man was struck by a car this week. 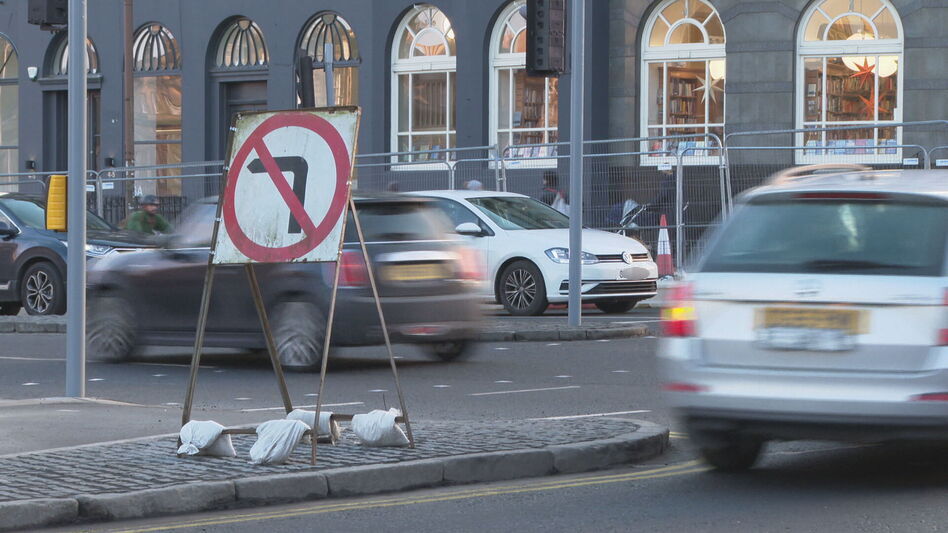 A rise in dangerous driving incidents on Leith Walk has sparked a warning for motorists in the capital.

It comes after a man was struck by a car in a hit-and-run at its junction with London Road earlier this week.

There were no injuries but campaigners fear that won’t be the case in future if changes are not enforced.

Campaigners formed a human chain at the London Road junction on Tuesday to prevent motorists doing the illegal manoeuvre.

He told STV News: “We’re quite hopeful we will get to a place soon where just about every driver who continues to make this illegal turn – despite all the signs, there’s seven on the approach to the junction – will be caught and will be fined.”

Measures include putting barriers in the road to prevent illegal turns, the traffic light system being changed at Picardy Place – where drivers can make legal turns – and working with the enforcement branch of Police Scotland.

Other issues raised by locals include continued road works and infrastructure development.

The restrictions around Leith Walk have changed frequently during roadworks for the multi-million pound Trams to Newhaven project.

Sandy Taylor, a blind campaigner, said the integration of cycle paths in the pavement along Leith Walk has made the area a “no-go zone” for him and many other people who have disabilities.

“It’s taken away our independence,” he said. “Over the years I have been taught and learned how to use a cane to get around. We use a mental picture of the area but a scheme like this is absolutely impossible.”

Councillor Arthur said he is “ashamed” of the impact on the blind community and lessons learned at Leith Walk will help inform future projects.

The transport convener confirmed steps to further improve safe access on the road will not be taken until the Trams to Newhaven project is completed.

He said: “My 100% focus is on delivering that project as specified, delivering it on time and on budget.”

Despite the final tram tracks being laid down this week, the final completion date is expected to be in spring 2023, with test trams expected to run down the line in January next year.

A Police Scotland spokesperson said: “Police in Edinburgh carry out regular patrols and checks in response to reports of road traffic offences in the London Road area.

“We will continue to work with local partner agencies regarding these concerns, from a safety, education and enforcement perspective.”