‘Left in limbo’: Dad to be evicted from care home due to staff crisis

Sandy Lamb has lived at Woodlands Nursing Home in Livingston for two years and has been served a 28-day eviction notice. 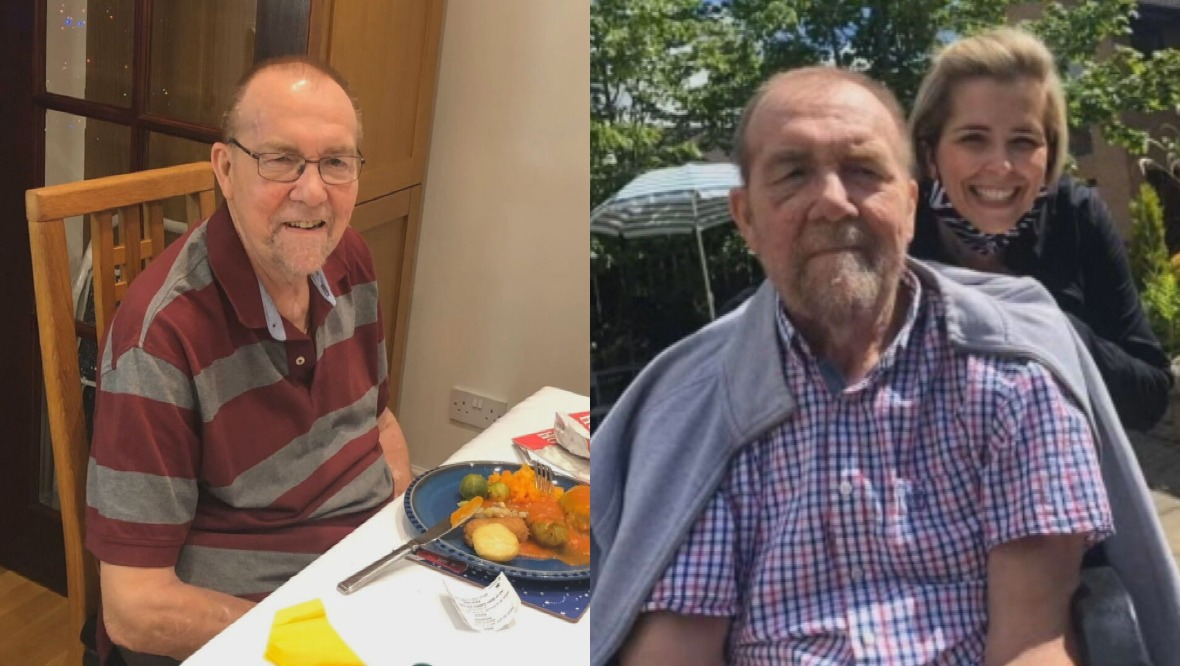 The family of a man due to be evicted from his care home say the sector is in “crisis” and they’ve been left in limbo.

Sandy Lamb, 66, has lived at Woodlands Nursing Home in Livingston, West Lothian, for two years and has just been served a 28-day eviction notice from the home, stating staff can no longer care for his needs.

His daughter Kirsten told STV News: “It was quite upsetting, we didn’t really think that could happen.

“We’ve got nothing on the table, we’ve no idea where he’s going but it’s looking like more of a hospital environment, not a care environment. Which isn’t ideal.

“We’d rather he was in a home rather than a hospital.

“Two weeks down line to not know what the options are, not knowing what’s happening at the end of the 28 days, will he end up on the street?

“Coming home is not an option.”

Mr Lamb, who needs round-the-clock care due to numerous surgeries, could potentially be forced to move into a hospital 20 miles away, which his family fear would isolate him from friends and family, who all live nearby.

Kirsten added: “It’s been a really difficult couple of years, just like anyone who has a loved one in care.

“To get through the last year, to now find out he’s now going to be moved, is quite upsetting.

“There’s a gap for people like my dad, whose needs are very different in care areas.

“He’s young. Knowing a care home can say ‘we cant manage this person’, rather than upskill or upstaff is very frustrating.”

Woodlands Nursing Home told STV News they are aware of the complaint and said it is being dealt with by a senior manager.

Care homes always try to cater for complex conditions, but often, a resident’s changing needs mean they can no longer support certain residents and eviction is the best or only option.

“For too long care home nursing has been put in the background as not a specialty topic. The silver lining of the pandemic is it’s put a spotlight on social care.”

The sector is currently in the midst of a recruitment and retention crisis, with thousands of vacancies and staff leaving en masse to take up better paying roles in hospitality and retail.

According to Dr Donald Macaskill, chief executive of Scottish Care, the sector is “hemorrhaging” staff and it could collapse completely this winter.

He said: “We are facing a major challenge of having sufficient nurses able to support the social care system. Before the pandemic we were running at critical levels of shortages, now we are facing massive challenges.

“We have lost as a result of Brexit a large number of nurses who have either gone home or have gone to work in the NHS.

“We have failed to appropriately value the role of social care nursing in care home and in our communities.”