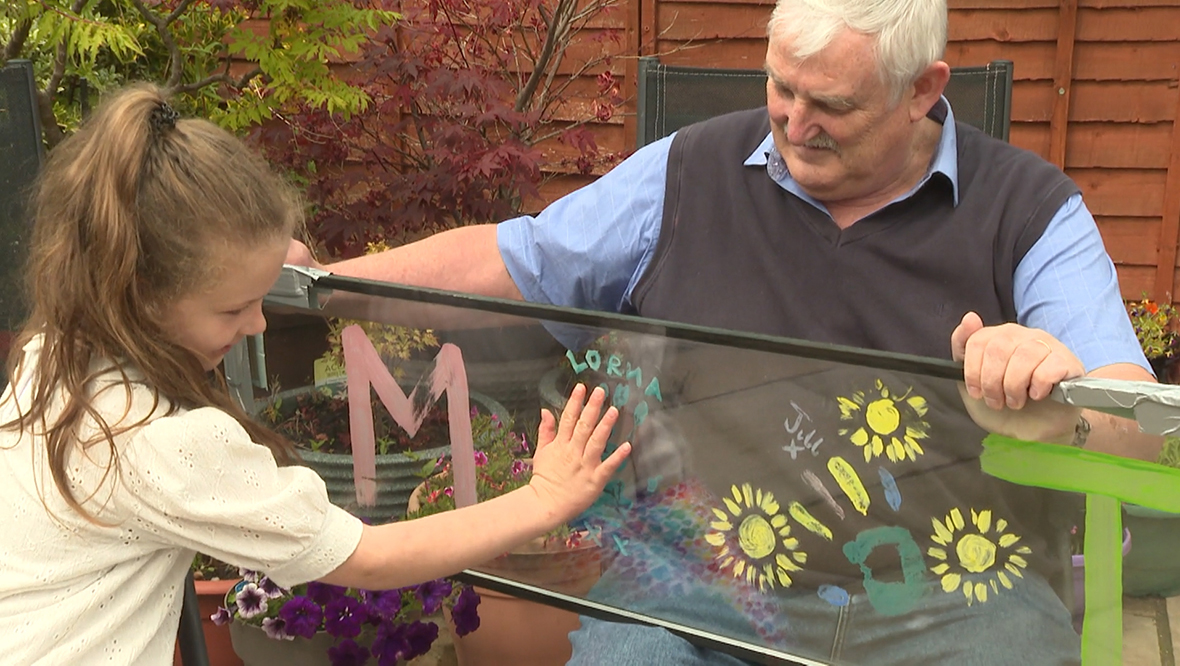 A handprint of a nurse who worked at Edinburgh’s Sick Kids hospital for more than 40 years has been given to her family as a special memento of her life.

Lorna Anderson dedicated 42 years of her career to the hospital and the children who were treated there. She passed away in early 2020 following a short illness, leaving her family and colleagues devastated.

Ashley Anderson, Lorna’s husband, told STV News: “We couldn’t go anywhere in Edinburgh without people coming up to her and saying ‘oh, you looked after my son or daughter’.

“Or they (children she treated) have their own kids and people will come up and say ‘I remember you, you looked after me’.”

Lorna was fondly known as the “Queen of Recovery” and was instrumental in starting initiatives like the theatre bravery certificates for young patients, as well as encouraging others to pursue a career in nursing.

The theatre in the children’s hospital closed – except for emergencies – when Lorna died to allow staff to attend her funeral.

Lorna was one of many members of the Sick Kids team who left a handprint on the windowpane of the old hospital -located on the capital’s Sciennes Road – before the new Royal Hospital for Sick Children opened earlier this year next to the Royal Infirmary of Edinburgh.

The window was destined for the skip before her daughter Amy and the Edinburgh Children’s Hospital Charity recovered it for Lorna’s family.

Ashley said: “When they recovered the glass panel and delivered it to the charity office and the staff heard the story they burst into tears – I can’t thank them enough.

“I think it represents her life at the Sick Children’s. Because it’s part of the building and she’s on that glass.

“I think it immortalises her – she was there for all those years. I’ve got a reminder now, a link to her and the old sick children’s building.

“I’ve been proud of her always, she was just so wonderful. She was born to be a mum and a nurse. I couldn’t see her doing anything else.

“I’m going to get the pane cut down and get it framed and speak with my daughter, because technically she’s the one who got it and she’ll decide where it’ll go. I don’t know if it’ll end up in her house or my house. You never know, it might end up in theatre recovery in the new sick children’s hospital.

“I think she would be a bit embarrassed by the fuss. She was that type of person, she just looked after everybody else. I’m glad we’ve got it, I can’t thank the charity and my daughter enough. “

Ashley isn’t the only member of the family who is thankful for the handprint.

Her granddaughter Devon Dickinson said: “I think the handprint is very special and we’re lucky to have it. When I look at it, it just reminds me of her and how nice she was.”