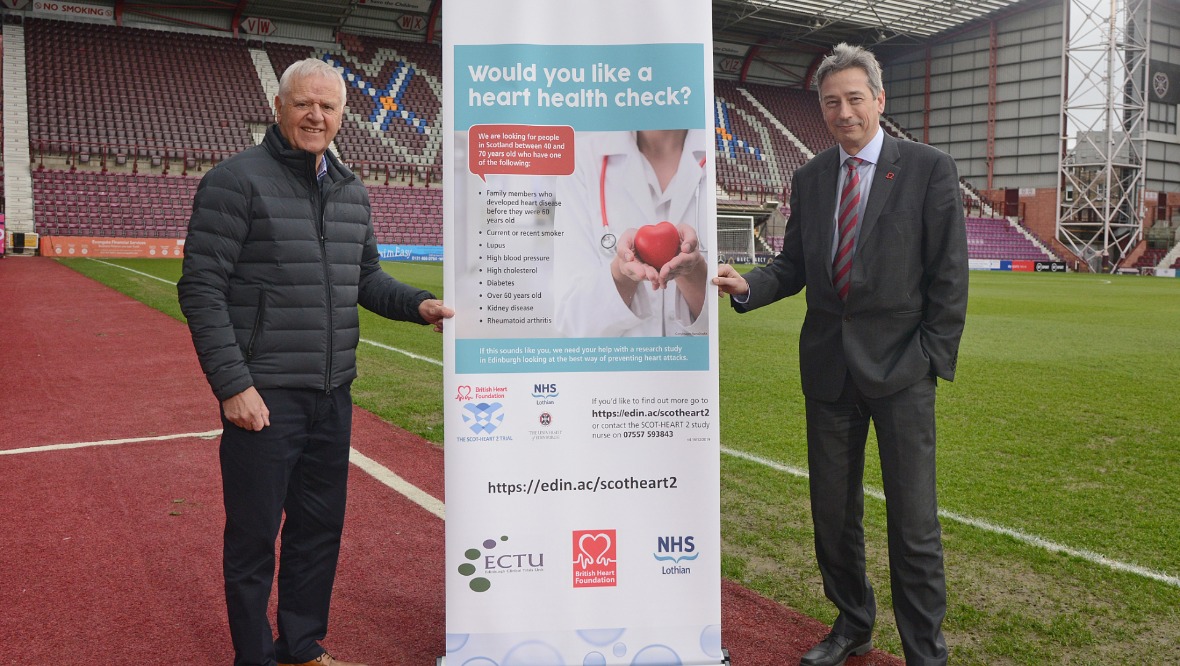 Football manager Jim Jefferies has told of the moment he suffered a heart attack while playing golf.

Jefferies, who managed Hearts, Kilmarnock and Falkirk, said his heart stopped beating for four minutes after he collapsed on the course in East Lothian last September.

He has now teamed up with the cardiologist who helped save his life at Edinburgh Royal Infirmary to support a new study aimed at preventing heart attacks.

Jefferies, 69, said: “I just felt worse and worse, then I just felt I had to lie down or sit down somewhere and then there was a bit of a commotion.”

And he joked: “I was up at the gates, you know, but it was full of Hibs supporters and they wouldn’t let me in, so I had to come back.”

He urged anyone who fears they have a heart problem to get it checked quickly.

Jefferies, currently director of football at League Two side Edinburgh City, said: “Don’t be frightened to go and get it checked, you know it’s pretty simple.

“You don’t have to be really ill or on the verge of passing away to get it done – go and get it checked and it can save an awful lot of problems.

Professor David Newby, from Edinburgh University, wants to recruit 6000 people aged between 40 and 70, who are at increased risk from coronary heart disease.

Researchers will compare two different ways of preventing heart problems to determine which is most effective.

Doctors currently use what is known as a ‘risk score’ – based on factors including age and lifestyle – to help decide who needs advice and medication to prevent heart attacks.

However, the accuracy of the scores can vary, meaning some patients don’t get the right drugs.

Hearts and Hibs will promote the study, funded by the British Heart Foundation, by encouraging fans to enrol.

Prof Newby said: “There are 10,000 hospital admissions a year in Scotland for people with heart attacks.

“We are hoping our research will help reduce this number and also the number of people taking unnecessary medications.”