Edinburgh’s iconic Jenners to close with loss of 200 jobs

Frasers Group says it has been unable to reach agreement over future of iconic store on Edinburgh's Princes Street. 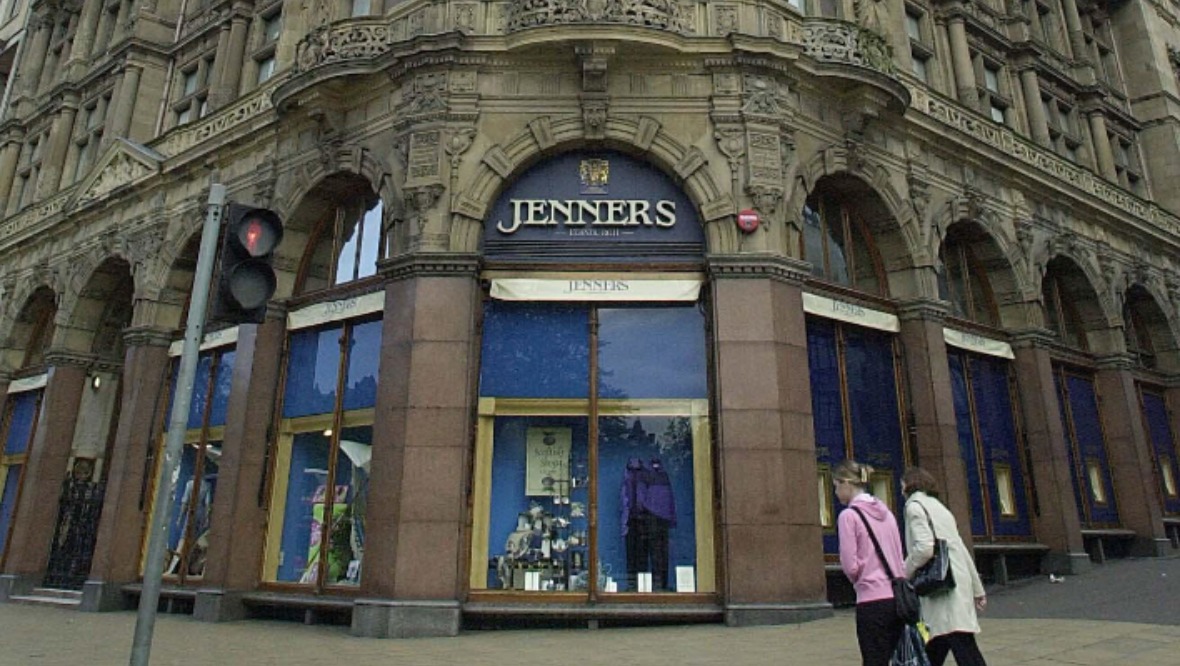 Edinburgh’s iconic Jenners department store will close in May.

Some 200 jobs will be lost and the historic building, on the capital’s Princes Street, will be left vacant.

Frasers Group plc said the company had been unable to reach a tenancy agreement with the building’s owner – Danish billionaire Anders Polvsen.

Jenners opened in 1838 and was Scotland’s oldest independent department store until it was taken over in 2005.

A spokesperson for Frasers Group plc, which runs the store, said: “Despite the global pandemic, numerous lockdowns and the turbulence caused for British retail, the landlord hasn’t been able to work mutually on a fair agreement, therefore, resulting in the loss of 200 jobs and a vacant site for the foreseeable future with no immediate plans.

“Our commitment to our Frasers strategy remains but landlords and retailers need to work together in a fair manner, especially when all stores are closed.

“We would like to take this opportunity to thank our Jenners staff for their hard work and dedication.”

Danish billionaire Povlsen and David Chipperfield Architects want to restore the Victorian building to “its original glory and quality”.

The plans include the restoration of the central atrium – a three-storey, top-lit grand saloon.

Anders Krogh Vogdrup – the director of AAA United, the Povlsen-backed company that owns the Jenners site – said Frasers had decided not to continue its occupation of the building despite being granted a “substantial rent reduction”.

In a statement, he said: “We can confirm that Frasers Group has notified us that they will be exercising their break option, and so will be leaving the Jenners building.

“We have endeavoured to work with tenants during the pandemic and resulting lockdowns; offering rent-free periods, deferrals and payment plans, and encouraging our tenants to utilise Government-funded schemes to save costs and protect jobs.

“Despite the substantial rent reduction already granted to Frasers and rent-free periods to cover all lockdowns, Frasers has made the decision that it does not wish to continue in occupation.

“This will see the end of the 16-year association between House of Fraser and this building, but not of the 180 years of Jenners department store.

“We are in talks with retailer operators and are planning a programme of works to ensure that, when safe and able to do so, Jenners will reopen.

“Our primary goal is to see the department store returned it to its former glory; Jenners of Edinburgh is an institution and, despite the changing face of retail, it is our aspiration that Jenners will continue to be a retail store for as long as we are its stewards.”