In pictures: ‘Book wumman’ builds a library for the homeless

Bestselling author Ian Rankin was left impressed by a new library for the homeless in Edinburgh. 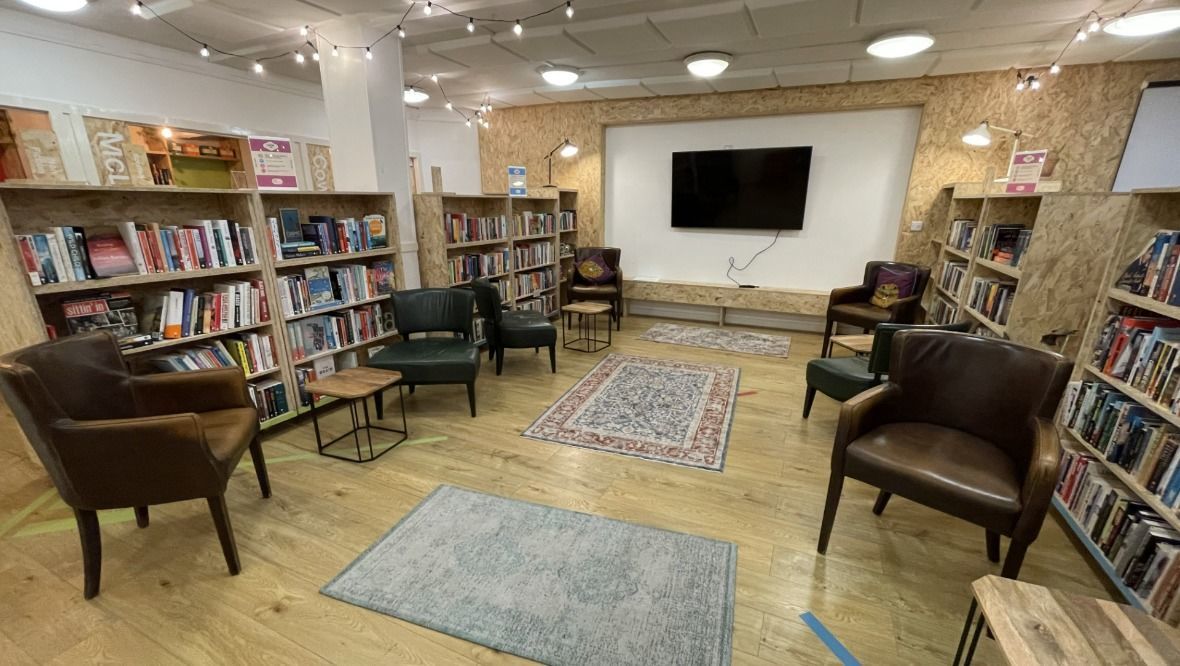 Rachel Cowan became known as the ‘book wumman’ for handing out novels to those living on the streets of Edinburgh.

She took up the task after spotting a homeless woman sitting outside her door in Leith Walk reading a book.

“I asked her how important a book was,” recalled Rachel, who knows what it’s like to be homeless. “And she thought about it really hard and said ‘well, it can be better than food’.”

That encounter led to her setting up a charity – aptly named Streetreads – and now she’s opened a library in the capital that has impressed one of Scotland’s bestselling authors.

Ian Rankin joined Rachel at the opening of the facility and hopes that as well as offering books, readers will be inspired to try creative writing for themselves.

“You never know what you’re going to get,” the Rebus creator said. “It’s one thing to sit and read a book but why not have a go at writing yourself?

“It can be a form of escape for the writer as well as a form of actually coming to terms with what’s actually happening in your own life.”

For Rachel, the opening the library is a dream come true, but she’s not intending to stop with just one.

“I’ve always wanted to have one of these in every city in Scotland,” she said.

Funding for the new library was raised by the charity Simon Community Scotland, which runs Streetreads.

Lesley Henderson, strategic lead east for Simon Community Scotland, said: “We know how much this space will be valued, with stories offering the opportunity to escape from the often challenging present.”

Inside the new library