‘I want justice for my son, I don’t want him dying in vain’

Christine Lindsay's son William died after taking his own life in a custody cell in 2018 at just 16. 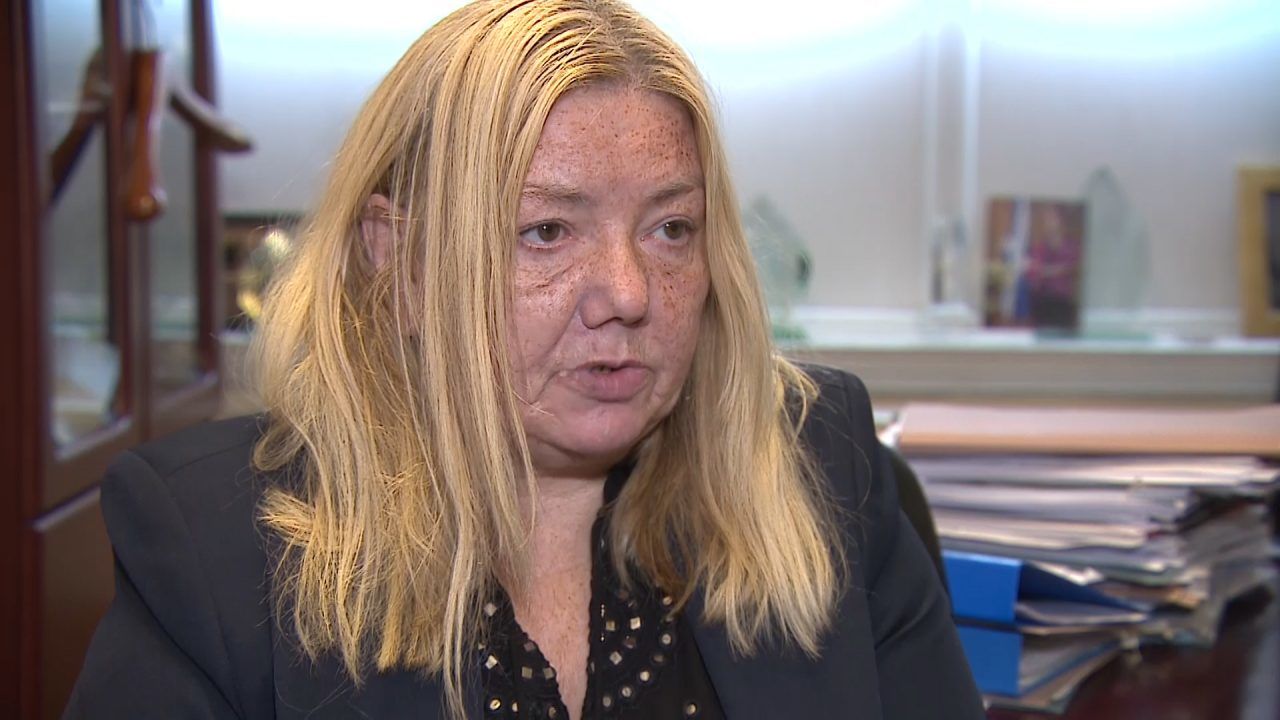 A mother has said she will “never stop fighting” for justice for her son, who died after taking his own life in a custody cell.

William Lindsay died at Polmont Young Offenders’ Institution on October 7 2018, aged 16, days after being sent there on remand.

Christine Lindsay, William’s mother, said that Polmont services “was a death sentence” for her son.

“What happened to him, I’ll never get it out my head,” she told STV News.

“I wouldn’t like anyone to go through what I went through.

“[I want] justice for my son, William. I don’t want my boy dying in vain.”

The Crown Office said in September 2019 that it would not bring charges against the Scottish Prison Service (SPS) over his death.

Last October Mr Anwar’s office, assisted by Dorothy Bain QC, who subsequently took up the post of Lord Advocate in June, presented a victim’s right to review arguing that the SPS must be held accountable.

A statement issued by Mr Anwar on behalf of the family after Monday’s meeting said: “We stated it was unacceptable that as we approach the third anniversary of William’s suicide that no decision has been taken by the Crown Office and Procurator Fiscal Service (COPFS) and the SPS operates behind a veil of secrecy, covering up systemic failures and preventable suicides.

“The Solicitor General’s genuine compassion and empathy was welcomed as was her apology at the unacceptable length of time taken by Crown Office in trying to take a decision.”

The statement continued: “A civilised society is judged by the manner in which we treat our vulnerable, the weak, the dispossessed and our prisoners. We believe Scotland is failing the test.

“There was nothing inevitable about William Lindsay taking his own life, that was clear to anybody that cared to look.

“Locking people up in dungeons of despair doesn’t rehabilitate anyone, but increases the risk of suicide.”

William Lindsay’s family said they will fight to ensure that other lives can be saved while calling for answers over his death.

The statement concluded: “Christine says her son’s cries can no longer be heard, but as his mother it is her duty to cry out for justice for her son.”

Ms Charteris said: “I wish to express my gratitude to William’s mother and brother for meeting with me.

“I listened carefully to what they had to say about their experience and provided an update on the steps now being taken to progress the investigation into William’s death.”

A spokesman for the Scottish Prison Service said they are aware of developments and are unable to comment ahead of a fatal accident inquiry.