‘I fought back after strokes to play in the World Cup’ 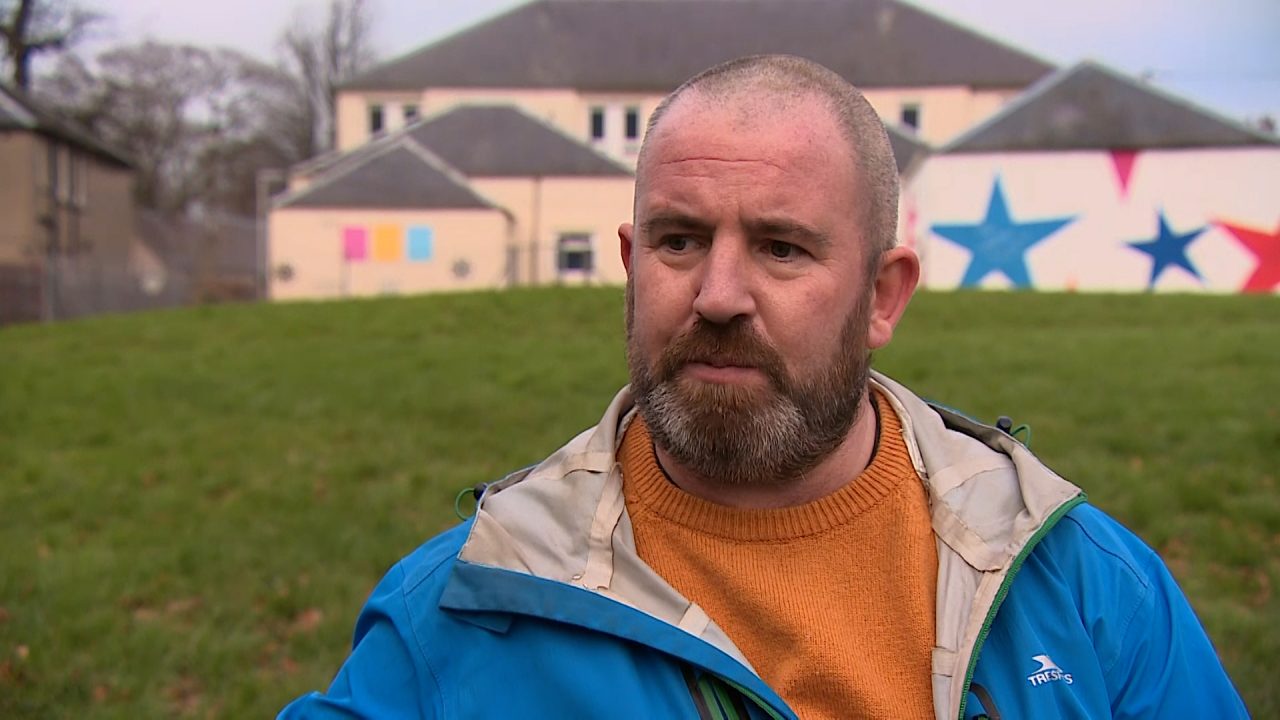 Jay Johnson was on a video call with his friend when he suffered his first stroke.

His speech became slurred and his leg buckled as he got up off the sofa.

Caused by a burst aneurysm as a result of high blood pressure, the stroke in August 2018 came shortly after his fiancée died from cancer.

Through sheer determination and willpower, Jay quickly got back on his feet – but just a few months later, he suffered another stroke, leaving him visually impaired.

“Four days after the first stroke, I ran a 5k against doctors’ advice,” said 47-year-old Jay, from Blairhill, Fife. “Two weeks later, I had the second stroke in my sleep.

“I’d lost everything I loved, my fiancée had passed away six months earlier.

“The second stroke left me a totally different person, I tried to take my own life, and it came to the point where I thought ‘I can either let this ruin my life or I can live life’.

“So I started to fight back. I changed my diet, that was my turning point, and that’s when I started to lead a healthier lifestyle.”

Jay was speaking as a new survey released to mark Stroke Prevention Day found that nine out of ten survivors wished they had changed their lifestyles earlier.

Just over three years after his strokes, Jay can no longer run, but he’s become an international sportsman, representing his native Northern Ireland at disability darts.

He has also been playing goalball and is targeting a place in Team GB at the 2024 Paris Paralympics.

“I was the first visually impaired player to play in the darts World Cup,” he said.

“Goalball UK are hoping to start a team in Edinburgh, and my next goal is to be on the plane to Paris 2024.”

‘It can happen any time’

According to the survey, among the things stroke survivors wish they had done earlier include: monitoring their blood pressure, exercising more, eating healthier, keeping their weight down and giving up smoking and alcohol.

John Watson, the Stroke Association’s associate director for Scotland, said: “A stroke happens in the brain, the control centre for who we are and what we can do. It can happen at any time and at any age and can be devastating.

“We know not all strokes are avoidable, but as many as nine out of ten strokes could be prevented as they are linked to things you can change or manage.

“Many people simply don’t realise they are at risk and that’s something that we as a charity desperately want to put right.

“The good news from this research is that almost nine out of ten stroke survivors have already taken steps to reduce their risk of having another stroke.”