Sapphire, the hyacinth macaw, escaped the family home five days ago and hasn't been seen since. 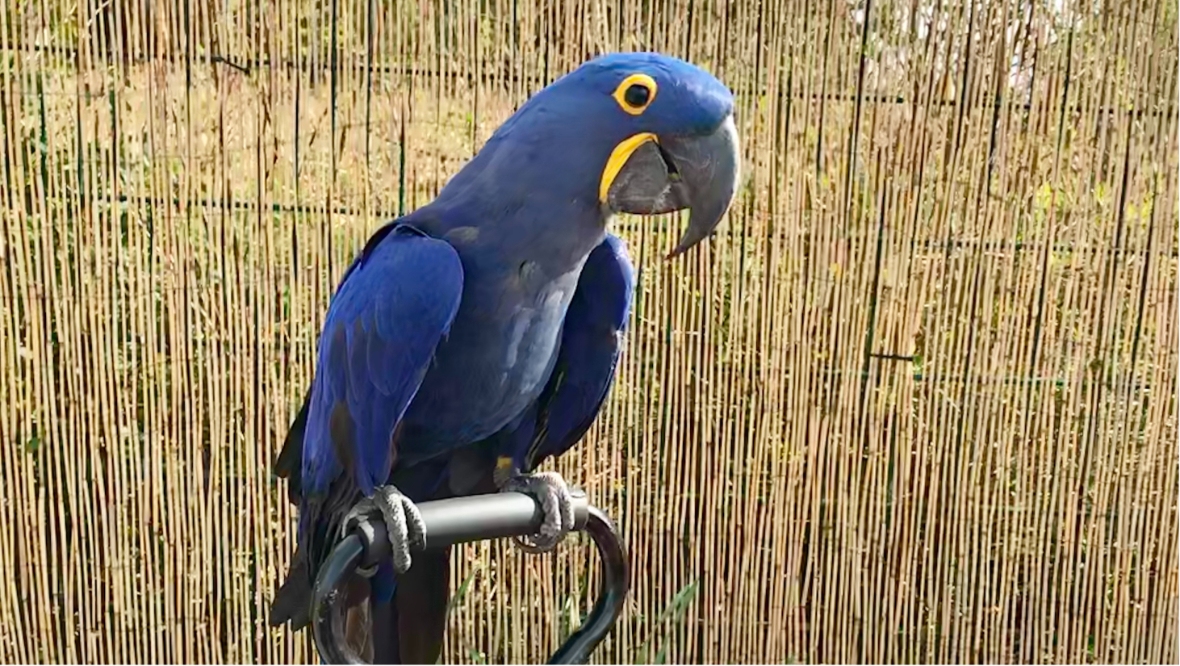 A heartbroken couple are desperately searching for their “rare” and precious hyacinth macaw named Sapphire after she escaped from their home in Falkirk.

Fran and Bill Barnbrook were devastated to learn the almost-three-year-old parrot had escaped from their home in Limerigg after she managed to open a lock.

Now missing from home for five days, the couple along with their brood of Irish greyhounds have been out searching for the missing bird.

“She’s our baby and Buster, her partner, is really missing her and he’s really upset,” Fran told STV News.

“Buster can’t fly, he has a broken wing, so he was just sat there miserable because she had gone off without him.”

Buster has even joined in the search for missing Saffy, as she is affectionately known.

The pair are also rather famous, with Buster enjoying a starring role in The Proclaimers music video for song Then it Comes to Me.

Locals have been assisting in the search for the hyacinth macaw, who is a striking shade of cobalt blue with yellow markings around her eyes and beak.

“The whole village has been out looking for her but it’s dense woodland. I’m disabled and I’m really struggling to get around looking for her. She’s been out for about five days now and I’m desperate,” Fran added.

Native to central and eastern South America, hyacinth macaws tend to be even-tempered and are known as “gentle giants”.

Fran said Sapphire’s favourite treat is macadamia nuts and that an offering of food may be enough to tempt her out of hiding.

“If anyone sees her, just phone us and we’ll come and get her. Because of Covid, she hasn’t been socialised so she’s quite scared of strangers,” Fran said.

If you spot Sapphire, please get in touch.