Hundreds of Scots brave the cold for Loony Dook dips

The traditional ‘loony dook’ sees Scots bring in the New Year with a refreshing dip in the sea. 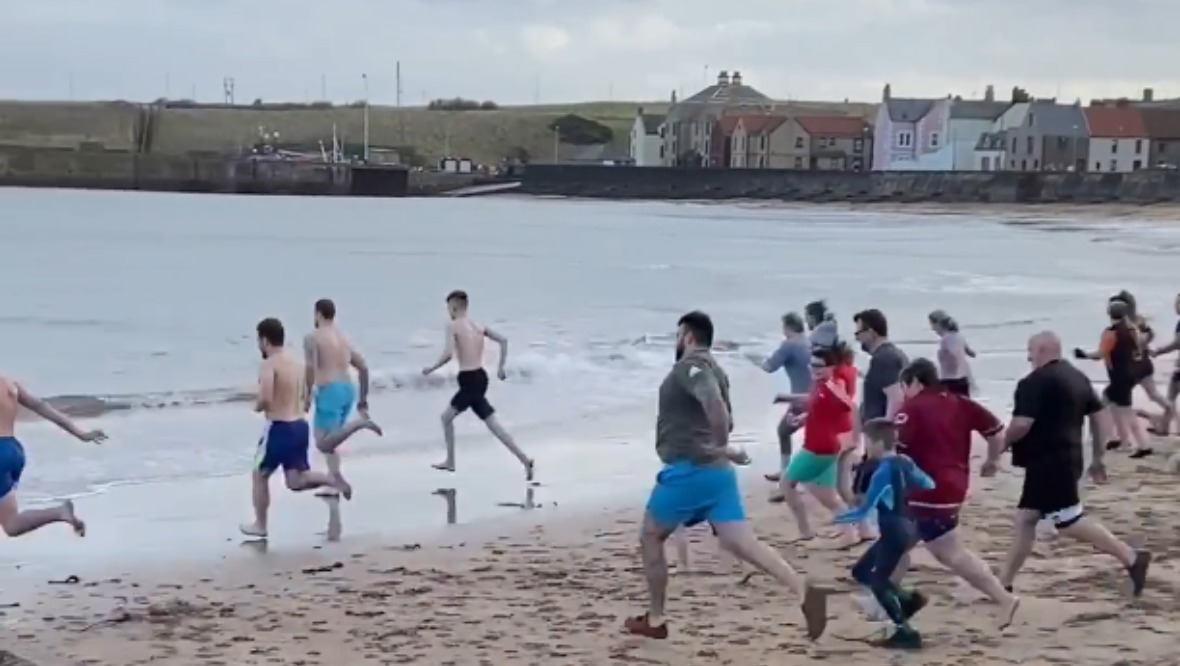 Hundreds of hardy Scots have braved the cold on New Year’s Day to plunge into icy waters to see in 2022.

The traditional ‘loony dook’ sees Scots bring in the New Year with a refreshing dip in the sea.

While some pull on wetsuits in a bid to stay warm, others brave the cold in swimwear with others donning costumes to raise money for charity.

Edinburgh Hogmanay’s annual event at South Queensferry was cancelled this year due to the pandemic, however some Scots still braved the cold and plunged into the Firth of Forth on January 1.

Meanwhile in the Scottish Borders, dozens rushed into the sea at Eyemouth beach to bring in the New Year with a swim in the North Sea.