The incident took place on Monday, the same day that a male pupil was left unconcious in another assault. 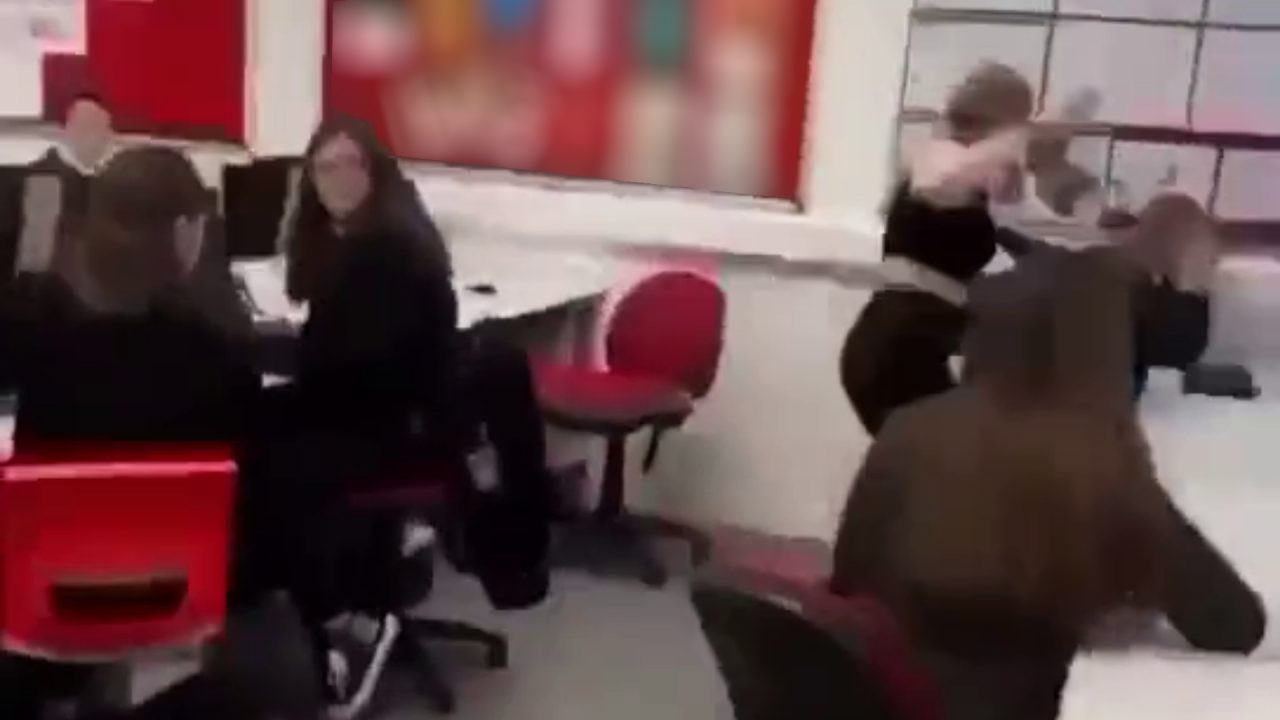 A “horrific” video of an attack on a girl in a classroom in Fife has raised fears about violence in schools across the country.

A clip shared widely on social media shows an altercation between two students at Waid Academy in which one can be seen dragging another off of a chair onto the floor before repeatedly punching and kicking her.

The incident took place on Monday, the same day that a male pupil was left unconcious in another assault.

Police Scotland said it was aware of both attacks at the school in Anstruther.

Waid Academy’s headteacher said incidents of fighting are fully investigated and the school had “very robust policies and procedures” in place.

Scott Duncan said the incidents were not indicative of the behaviour of the vast majority of pupils.

“Police Scotland are aware of both incidents at the school this week and we are working with our local community police who are providing support,” he said.

“I have written to parents to reassure them about our processes and more importantly about the experience young people have at our school.”

A former Fife councillor called the attack in the video “horrific”.

Concerns around physical violence and verbal abuse in schools in Scotland have made headlines recently with unions calling for action to tackle the problem.

A survey by the Educational Institute of Scotland (EIS), the country’s largest teachers’ union, highlighted a perceived rise in violence in the classroom.

In Renfrewshire, figures revealed teachers had been attacked on 36 occasions over the same time.

In November, teachers at a high school in Glasgow went on strike after raising concerns over violent and abusive behaviour by pupils.

Inspector Murray Gibson, community inspector for North East Fife, said: “We have become aware of two incidents involving pupils at a school in Anstruther, which both took place on Monday, January 16.

“Officers have liaised with the school and will be carrying out further enquiries into these incidents. We will continue to work closely with our education counterparts throughout this process.”

The video of the violent attack was raised during First Minister’s Questions on Thursday.

MSP for North East Fife, Liberal Democrat Willie Rennie said he wished he had not watched the clip saying: “I cannot get it out of my head; it was an ugly scene.”

“Earlier this year, the then president of the Educational Institute of Scotland, Heather Hughes, warned about increasing violence in our schools,” Rennie said. “I am supporting staff, the council and the school locally.

“What action is the Government taking across the country?”

Nicola Sturgeon said she had not seen the video but that she would watch it.

“Violence is never acceptable, and the safety of pupils and staff is paramount,” she responded.

A meeting between the education minister and COSLA (the Convention of Scottish Local Authorities) took place on December 2 to discuss working together on relationships and behaviour in schools.

“We are also investing an additional £15m this year to enhance capacity in education authorities and schools to respond effectively to the needs of children and young people,” the First Minister said

“We will continue to consider fully what additional steps we can take to support councils in making it very clear that violence is unacceptable and in taking action to support children, young people and teachers who face such violence.”