Watch commander's 'heart stopped' as she heard her son's voice at the scene in the Scottish Borders. 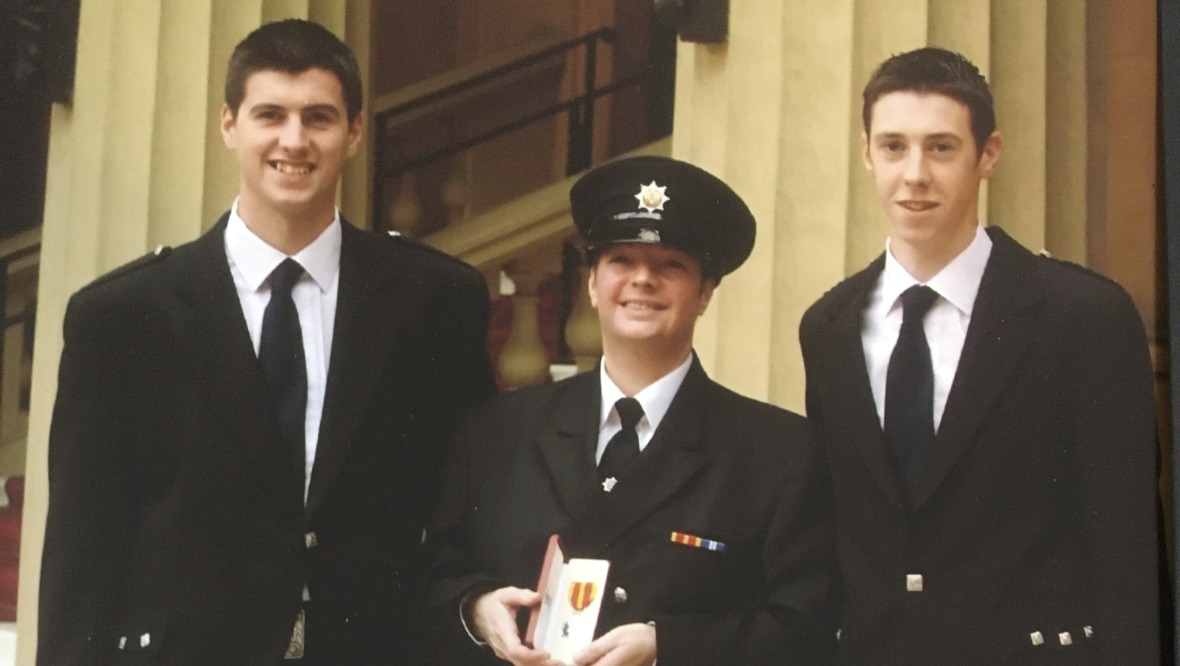 A firefighter sent to a car engulfed in flames has recalled the moment she learned her son was the driver.

The mum of two said her “heart stopped” when she heard her son’s voice as she approached bystanders to find out who was the driver.

Her son Daniel, then aged 18, had been lucky to escape the fireball unharmed.

She heard him say “hiya mum”, as her colleagues began dousing the car with water.

Gale said: “My heart stopped … and I think time stopped.

“It’s really unusual to turn up to a road traffic collision incident where the car is already a ball of flames.

“The car was that bad that it was impossible to tell what type of car it was or read its registration.”

She was alerted at around 5pm and arrived a short time later at the unlit stretch of road on the B6355.

“It was nonetheless a frightening reality for me and I think it really made him realise why I missed his birthday party when he was five – to help protect our community.

“If I can’t be there for my family when they need me most, how can I expect someone else to?”

She has amassed 27 years’ experience as a retained firefighter in Eyemouth, where she lives.

Gale added: “I’ve learned a lot about myself over the years.

“I really have learned that there is nothing that you can’t actually do or achieve … but some things do take an awful lot of hard work.

“Satisfaction is the biggest thing you get from this job and, although there are times where you might not have been able to save someone, you can still help prevent something from potentially becoming even worse.”