A stolen vehicle hit a motorbike on a residential street, leaving one man in hospital with serious injuries. 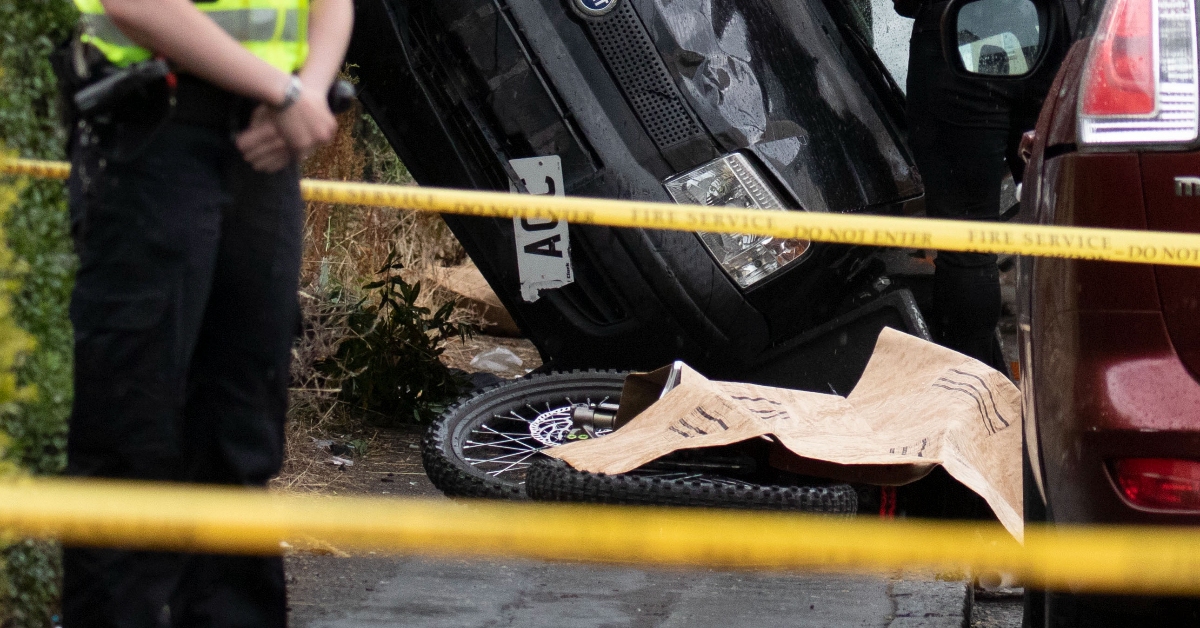 A hit and run incident on a residential Edinburgh street is being treated as attempted murder.

A 24-year-old man was rushed to hospital after suffering serious injuries when he was deliberately knocked off his motorbike by a car on Ferry Road Drive, in the Pilton area of the city, at around 1.45pm on Thursday.

The occupants of the vehicle, a black Fiat Panda which had previously been reported stolen, later fled the scene.

Medics have described the man who was taken to the Royal Infirmary in the capital as being in a stable condition.

Officers making enquiries believe this was a targeted attack and are appealing for anyone who witnessed the incident, or who has dashcam footage of what happened, to contact police.

Police say the incident is a “prime example of a small number of young people creating fear and concern in a local community”.

Superintendent Mark Rennie said: “Violence of this nature won’t be tolerated in any part of the city.

“Our investigation is progressing well and we will have an enhanced policing presence in the area to reassure local residents and prevent any further disorder.

“Every single person involved in recent incidents in the area will be pursued and arrested and we will ensure that identified offenders are quickly put before the courts.”

Anyone with information is urged to contact Police Scotland on 101 quoting reference 1820 of Thursday, July 28, 2022. Alternatively, call Crimestoppers anonymously on 0800 555 111.