‘Harry Potter’ cafe owner vows ‘we’ll be back’ after blaze

Cafe where JK Rowling wrote some of her Harry Potter books damaged after fire broke out in Edinburgh building. 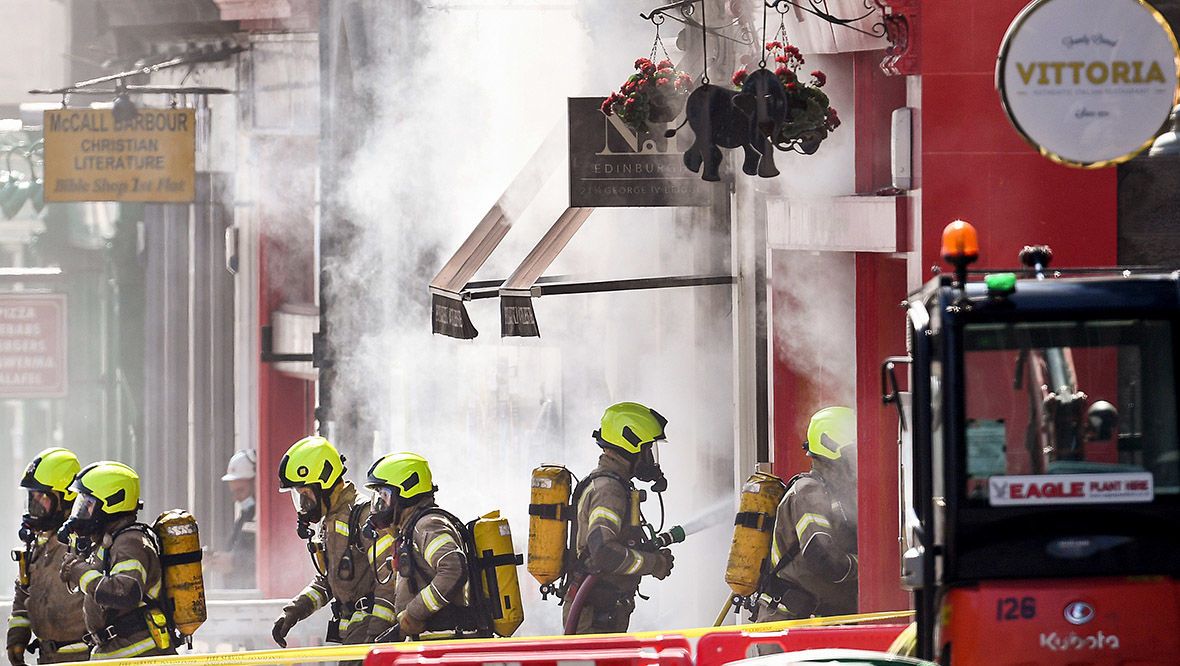 The owner of a cafe where JK Rowling partially wrote Harry Potter says he is devastated by a fire that damaged the building on Tuesday.

David Taylor told STV News the Elephant House, on Edinburgh’s George IV Bridge, was not in a good position financially as a result of the fire and the coronavirus pandemic but vowed the cafe would ‘be back’.

The Elephant House is famous as the place where Rowling created some of her stories in the Harry Potter series.

It is located in a building that went ablaze early on Tuesday morning, affecting several properties.

Taylor said: “I’m pretty devastated and it came as a bit of a shock but it is what it is. I’m already looking forward to the time when we can reopen again.

“I was called early on Tuesday morning by my cleaner when she saw smoke coming through the floor of the cafe. She acted very quickly because people were asleep in the apartments above.

“I’m just really hopeful that we don’t have any problems in terms of insurance and that we have got enough money to get up and running again.”

Taylor said the coronavirus pandemic had been difficult for the business and the financial outlook was looking precarious even before Tuesday’s fire.

He said: We were very lucky that we went into the Covid pandemic without any debt, but that is not the case at the moment. We are not in a good position.

“I am hopeful from an insurance point of view that we can bounce back. We are a really good business and important to the tourist market in Edinburgh.

The building suffered smoke and water damage on Tuesday but the fire did not spread to the cafe.

A firefighter was taken to hospital for precautionary checks but released later on Tuesday morning, while one other person was treated at the scene.

The Scottish Fire and Rescue Service said four fire engines and a height appliance remained at the scene at lunchtime on Wednesday.