Vicki Bell and Greg Williams worked on the spooktacular display in a bid to raise money for a young boy with cancer. 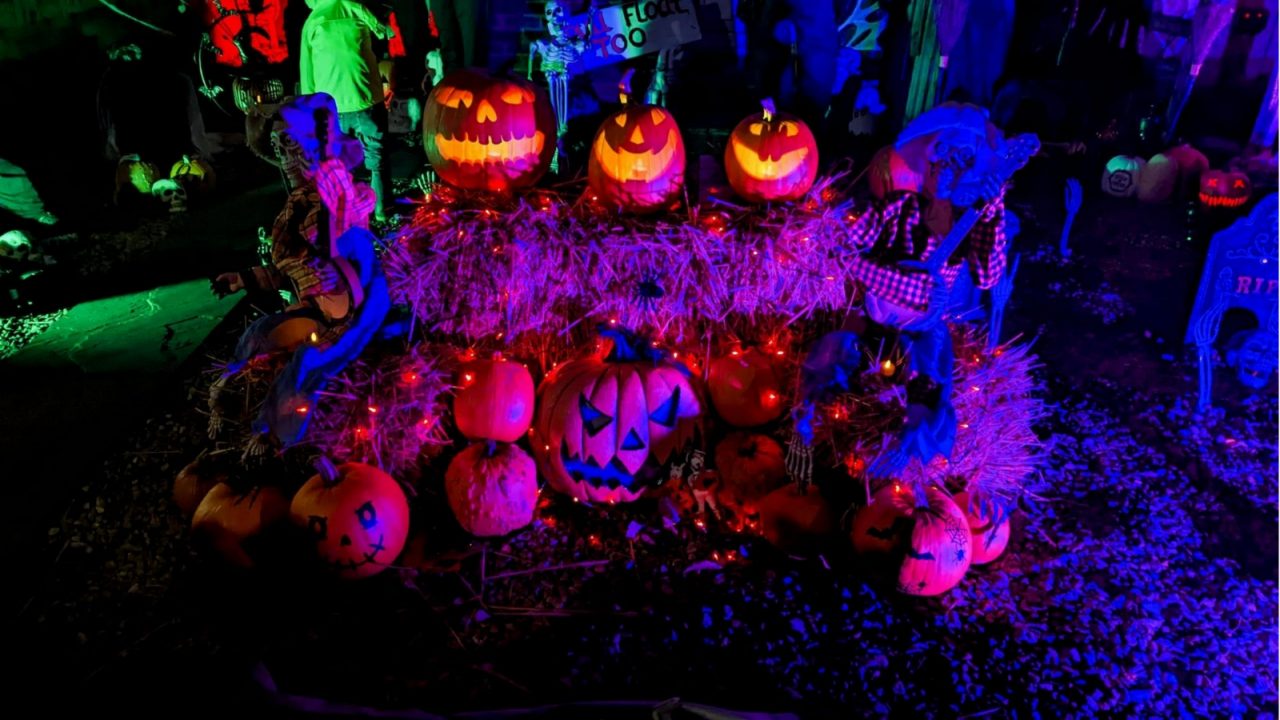 Halloween-loving Scots have turned their home into a spooktacular display of tricks and treats to support a local family through their child’s cancer diagnosis.

Couple Vicki Bell and Greg Williams have transformed their home in Leven, Fife into a house of horrors with the help of seven-year-old son Travis and have invited people from across the community to come and enjoy the fun in the weeks leading up to Halloween.

Iconic scenes from Nightmare of Elm Street, It, Friday 13th and even Stranger Things are included in the display.

The work is all in honour of local six-year-old boy Oscar Hodgkinson, who has been receiving treatment in Germany after a Rhabdomyosarcoma cancer diagnosis in 2019, at just three years old.

Vicki told STV News: “We wanted to help the family as this is Oscar’s third time having cancer and we want to allow them to have a lovely Christmas or get away together.”

She added: “The prognosis isn’t good this time and the family have been told to make incredible memories together.”

Oscar was first diagnosed aged three and has undergone chemotherapy and proton beam therapy in Germany.

After getting the all clear in August 2020, the family received the devastating news that the cancer had returned in March 2021.

He again defied the odds but doctors have recently discovered that the cancer has returned for a second time.

It’s hoped the money from the Halloween display will help Oscar and his family create special memories together during his health battles.

This is the third year the family have run the event. Each year they have picked a different charity to support, raising £3000 in their first year and doubling that to £6000 last year.

The family are aiming for 2022 to be the best year of fundraising yet, with people from across Leven and wider Fife coming along to see the display.

Vicki said: “It’s getting bigger and bigger each year.

“My mum used to take us to a big house for Halloween and I always said I wanted do that, now that’s what I have become.”