Water cascaded onto the track after the Union Canal was breached last Wednesday. 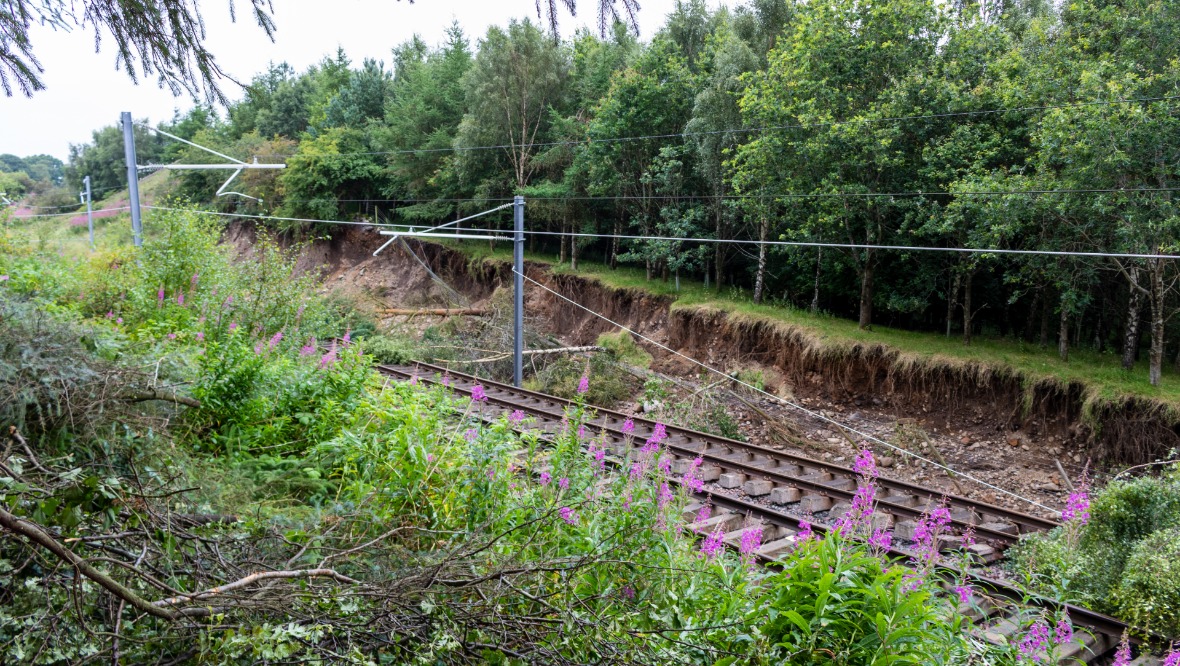 Passengers are facing months of disruption on the main Glasgow-Edinburgh train line after flooding.

Damage to the track near Polmont is so bad that trains can’t run and it could take eight weeks to repair.

Network Rail said it was working round the clock after a 30m section of the Union Canal was breached last Wednesday, causing water to cascade down the slope and flood the line.

The force of the water completely washed away sections of track and undermined embankments.

Overhead electrification masts have also been damaged and dozens of uprooted trees were left lying across the tracks.

ScotRail has advised passengers travelling between Glasgow and Edinburgh to use the Helensburgh Central/Milngavie to Edinburgh via Glasgow Queen Street low level service.

Glasgow Central to Edinburgh via Shotts or Carstairs services are also available.

Kevin McClelland, Network Rail route delivery director, said: “It is remarkable to see the destructive power of the flowing water and the extent of the flooding and the scale of the damage is something I have never witnessed before on the railway.

“We are grateful to our colleagues at Scottish Canals for their prompt response in dealing with this unprecedented incident.

“We are working as quickly as possible to complete these repairs and to get passengers back onto the railway.”