Giraffes return to Edinburgh Zoo for first time in 15 years

Ronnie and Arrow travelled overnight to Scotland from a safari park in Bedfordshire. 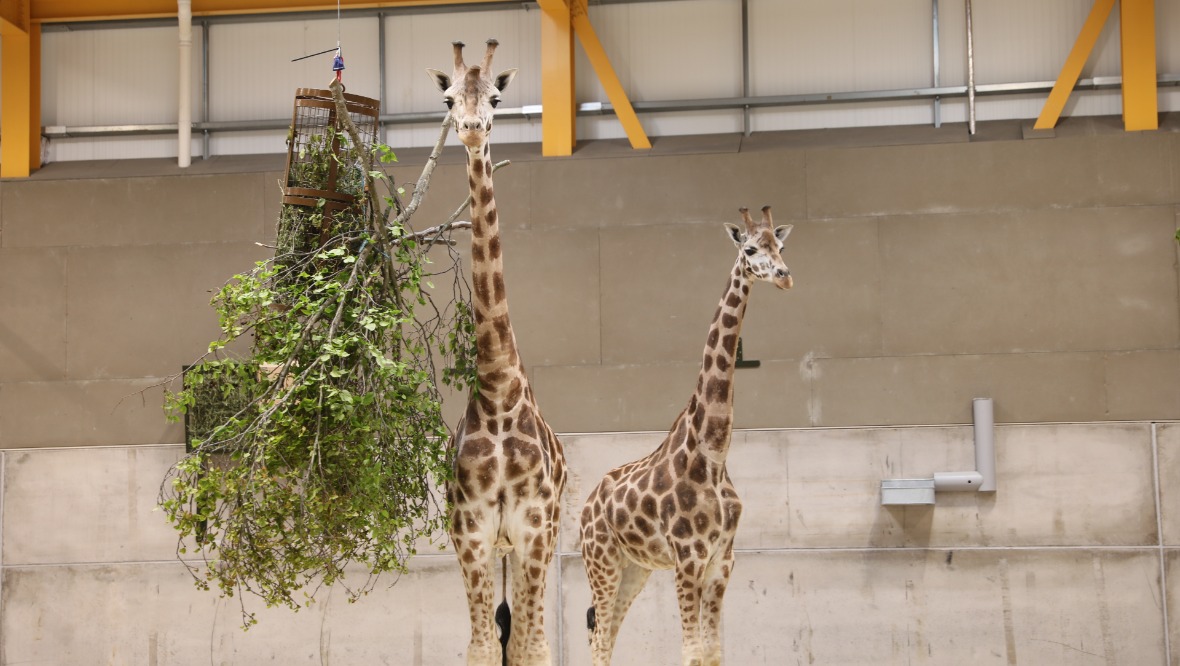 Edinburgh Zoo has welcomed the arrival of its first two giraffes for more than 15 years.

Ronnie and Arrow travelled overnight to Scotland from Woburn Safari Park in Bedfordshire and are now settling into a new specially-made enclosure.

The male duo have been promised some of the best views in the city from their new hilltop home and will be gradually introduced to visitors over the coming weeks.

High-level walkways have been installed so people can get face-to-face with the world’s tallest animals.

Three more male giraffes are expected to arrive at the zoo soon under a partnership between the attraction, the Giraffe Conservation Foundation (GCF) and Glenmorangie Single Malt Scotch Whisky.

Jonathan Appleyard, hoofstock team leader at Edinburgh Zoo, said: “It is incredible to welcome giraffes back to Edinburgh Zoo and we are so excited to start introducing them to our charity’s members, patrons and visitors after they have settled in.

“Numbers of giraffes in the wild have declined by almost 30% since the 1980s due to habitat loss and poaching, so this is a really important opportunity for us to raise awareness and support the Giraffe Conservation Foundation’s work to save the species.

“Our brand-new giraffe house has been designed with high-level walkways which means visitors will be able to meet these wonderful creatures face-to-face, giving them an amazing opportunity to connect with nature and be inspired to join us in protecting them from extinction.”

Giraffes lived at Edinburgh Zoo as far back at the 1930s, but haven’t been there for 15 years due to a lack of suitable accommodation.

However, the Royal Zoological Society of Scotland (RZSS) said earlier this year that it was planning for their return.

Giraffes can grow to heights of 18ft and can run at speeds of 35mph over short distances.

Mr Appleyard said: “As they are the tallest animals in the world, it is very likely visitors will be able to spot our giraffes exploring their outdoor areas before we officially open to the public.

“We are so grateful to Glenmorangie and everyone who donated to help build our giraffe house and support our partnership with the Giraffe Conservation Foundation.”