A huge fire broke out in Edinburgh city centre on Tuesday morning. 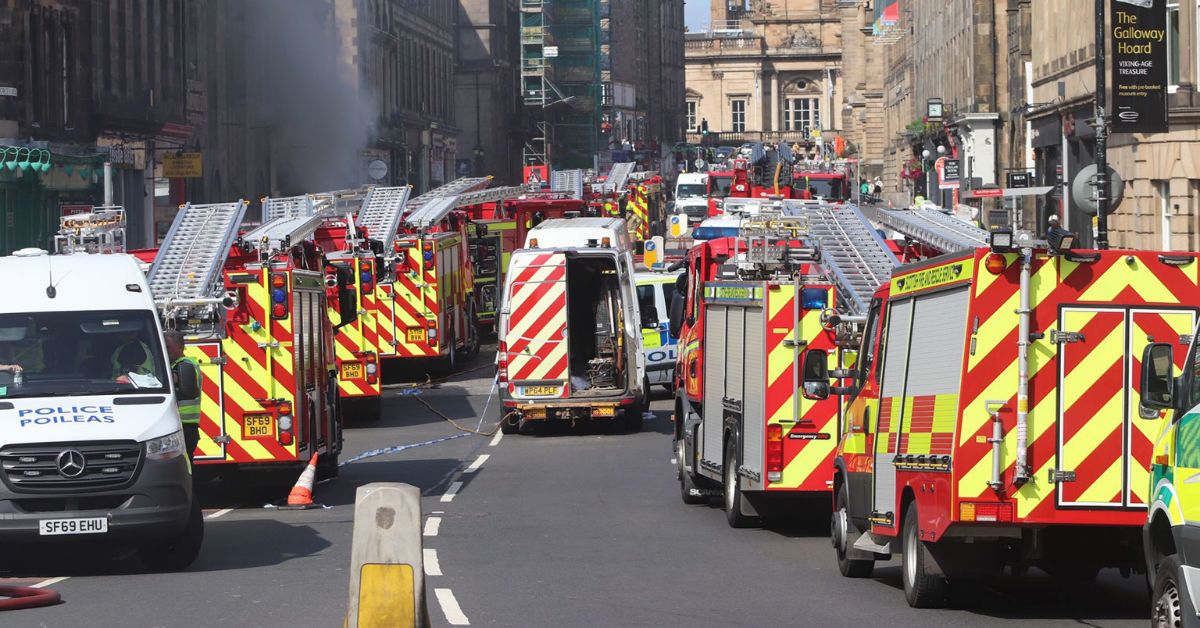 Firefighters are still tackling the scene of a blaze that shut down an area of Edinburgh city centre early on Tuesday morning.

More than 24 hours after emergency services were first called to George IV Bridge, 20 fire service personnel and five appliances are still there.

One person has been taken to Edinburgh Royal Infirmary by ambulance and another was treated at the scene after smoke engulfed the building at 25, 23 and 21 George IV Bridge.

The Fire Service was called to the property, home to a Patisserie Valerie cafe, The Elephant House cafe, the No. 1 apartment hotel and The Oz Bar on Candlemaker Row, at 6.18am on Tuesday.

The fire understood to have affected Patisserie Valerie, is not thought to have spread to adjacent units with fears it threatened the cafe where JK Rowling wrote Harry Potter.

Emergency services cordoned off Candlemaker Row and other streets in the vicinity of George IV Bridge and Edinburgh Police said the area would remain closed “for the foreseeable”.

The force asked people to avoid the area and those living nearby have been told to keep windows and doors closed due to the smoke.

“We will remain in attendance for a considerable time yet as we work to contain the fire.

“We continue to ask people living nearby to keep windows and doors closed due to smoke.

“Road closures remain in place and we advise people to avoid the area and to allow access for emergency service vehicles.”