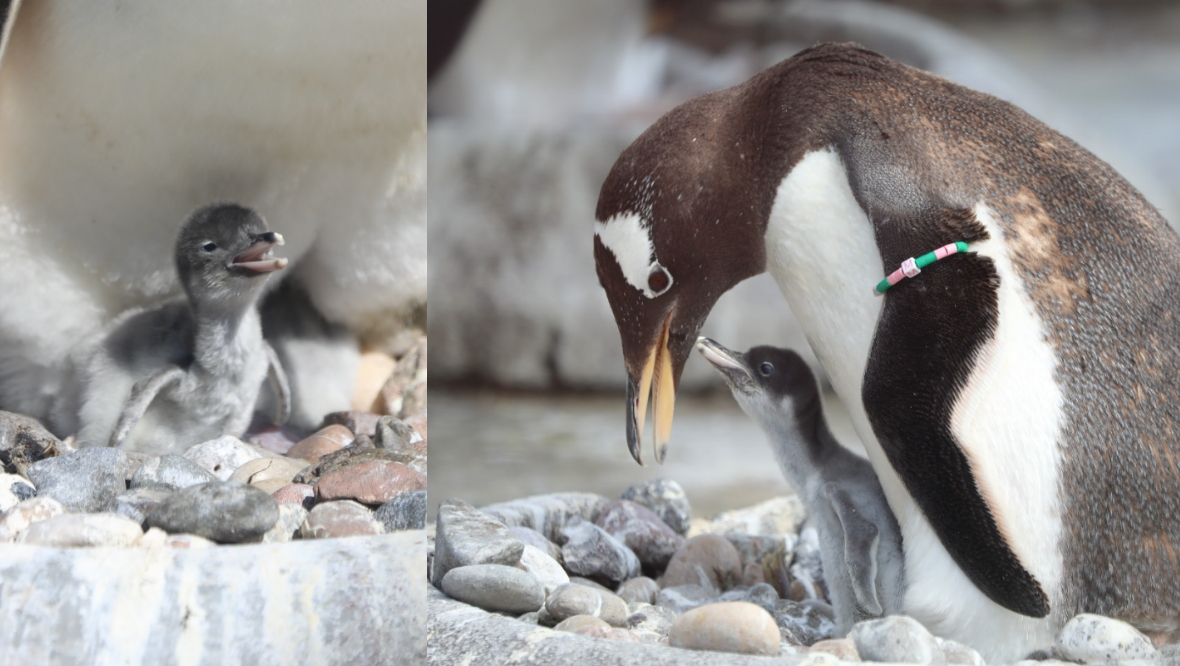 The first images of this year’s newly-hatched gentoo penguin chicks have been captured at Edinburgh Zoo.

Keepers at the wildlife conservation charity have welcomed five chicks so far, and hope more will follow in the coming weeks.

Among the first to become parents again this year were Muffin and Mittens, who welcomed a new chick on Monday, May 2.

They were followed by Draco and Silvey, who welcomed two chicks on Sunday, May 8.

The first month is critical for the chick’s development and staff at the Royal Zoological Society of Scotland (RZSS) will be keeping a close eye on the new arrivals as they grow.

Gentoo chicks weigh around 98g when they hatch, which is the equivalent to half an avocado.

Edinburgh Zoo is home to more than 100 penguins from three species: king, Northern rockhopper and gentoo.

The public can keep an eye on all of the breeding activity at Edinburgh Zoo on the charity’s free live webcams at edinburghzoo.org.uk/penguincam.