Crews rushed to the scene after the fire broke out on the ground floor of the tenement building in Summerhall on Monday morning. 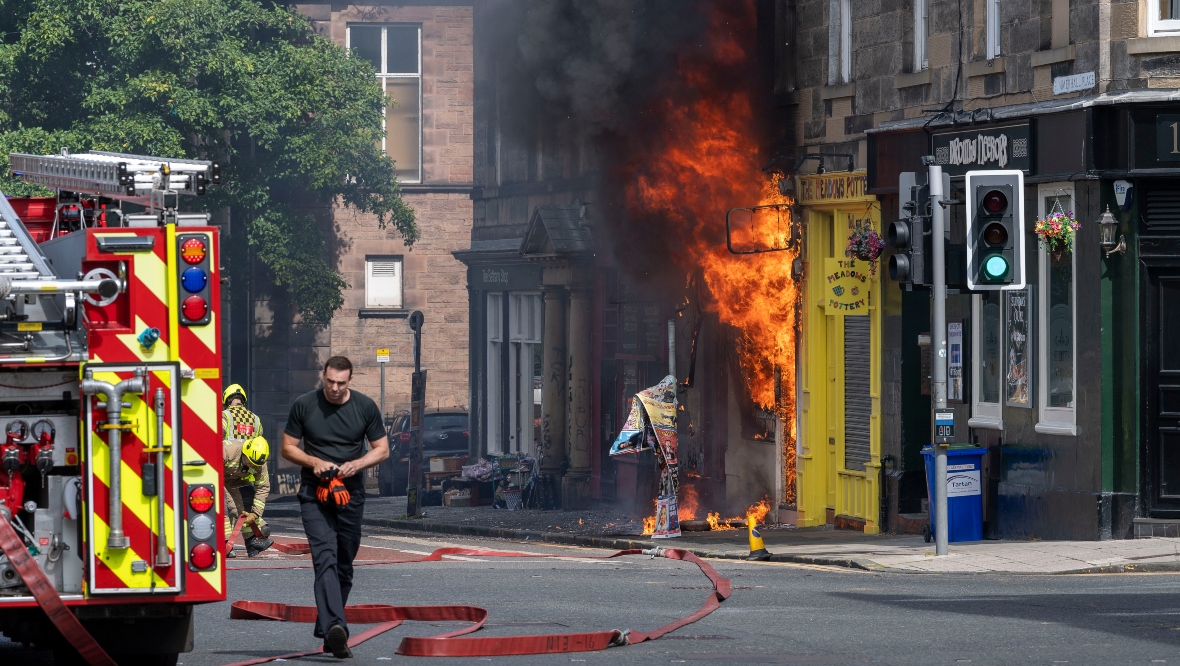 Fire crews are at the scene of a fish and chip shop engulfed in flames in Edinburgh.

Emergency responders were alerted at 11.34am on Monday after the blaze broke out at Francos Fish and Chip shop in Summerhall Place, Newington.

The Scottish Fire and Rescue Service (SFRS) said four fire trucks and a height vehicle were mobilised to the scene.

Three people were handed over into the care of paramedics for treatment as a result.

The eatery is on the ground floor of a tenement building containing dozens of flats.

A Scottish Fire and Rescue Service spokesperson said: “We were alerted at 11.34am on Monday, 8 August to reports of a fire affecting commercial premises and adjoining property on Summerhall Place, Edinburgh.

“Operations Control has mobilised four appliances and a height vehicle to the scene, where crews remain in attendance as they work to extinguish the fire and make the area safe. Three casualties have been handed into the care of paramedics.”

Police Scotland are also in attendance at the scene to help with traffic management.

A spokesperson for the Scottish Ambulance Service said: “We were called to attend an incident this morning on Summerhall Place in Edinburgh.

“We dispatched two ambulances and our special operations team to the scene.”