The fire broke out at the derelict hotel on Thursday evening. 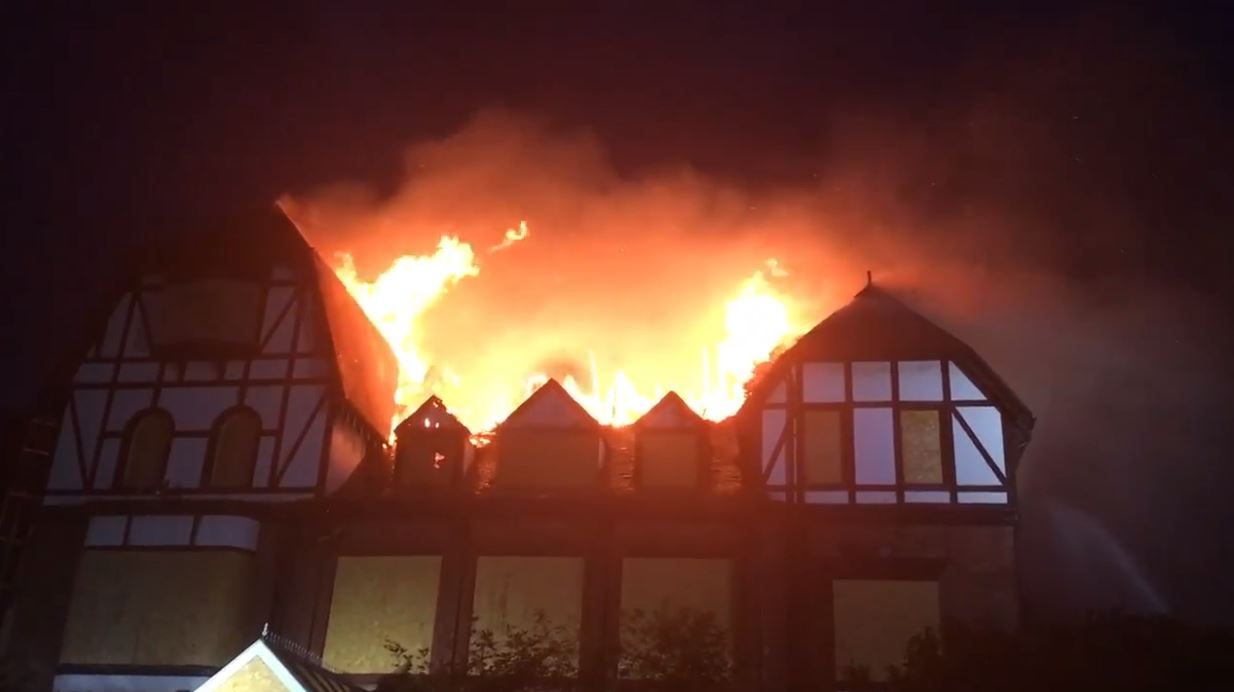 Firefighters have battled through the night to bring a fire at a derelict hotel in Fife under control.

Crews were alerted to the blaze at the Lundin Links Hotel in Leven shortly after 8.30pm on Thursday evening.

Specialist pumping equipment is understood to have been sent to the scene from Edinburgh due to problems with water supply.

There are no reports of any injuries as a result of the incident, with crews still on site as of Friday morning.

It is not the first time that there has been a fire at the hotel, with a blaze having broken out back in November 2016.

Firefighters were able to bring the fire under control around three hours after they were alerted then.

The fire on Thursday at the Lundin Links Hotel followed a separate fire in Lanarkshire.

Emergency services attended The Popinjay Hotel on Lanark Road, Rosebank, on Thursday morning after a fire broke out.

No injuries were reported as a result of the blaze at the iconic hotel, with staff and guests all evacuated.