A fire engine was damaged during the 'disgusting attack'. 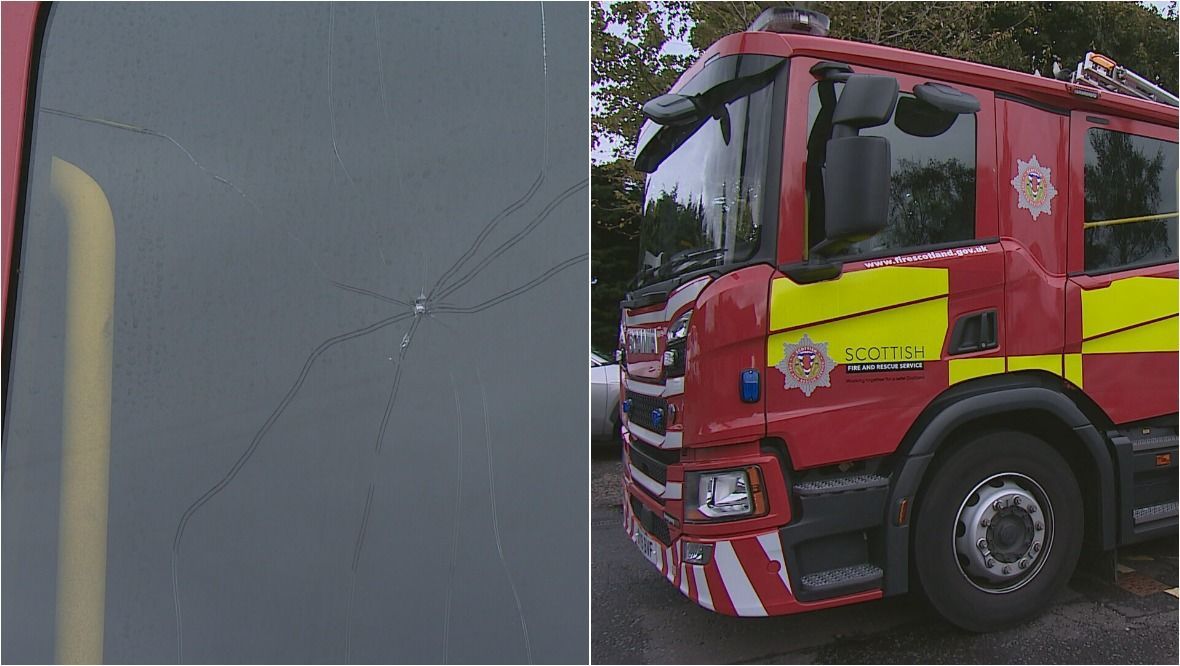 Missiles have been thrown at firefighters attempting to tackle an out-of-control bonfire in what has been called a “disgusting attack on emergency workers”.

Officers from the Scottish Fire and Rescue Service (SFRS) were called out to Mansion House in Gracemount, Edinburgh, after the flames started to spread just before 9pm on Sunday.

But they were forced to call police for assistance and a fire engine was left damaged when a gang started throwing objects and shouting abuse at them.

No emergency workers were injured during the incident and those responsible made off before the police arrived but they have been warned that attacks on emergency service workers “will not be tolerated”.

Martin Blunden, Chief Officer of the SFRS, has condemned the attack that he says has left him “absolutely disgusted”.

He said: “We exist to serve the public and no one has the right to abuse or attack any public service worker.

“I am delighted that none of the firefighters were physically injured, although the shock of being verbally and physically attacked will certainly stay with them for some time.

“Sadly it is something that is far too regular for all public sector workers.”

Lesley Macinnes, a councillor for Liberton Gilmerton and deputy leader of the city’s SNP group, said: “I am very concerned to hear that emergency service workers were abused in this shameful manner while they were protecting the community.

“I am also really pleased to hear that police are actively following this up and I hope that this will result in the people responsible for this abuse are found quickly.”

Those responsible could face up to 12 months in prison, a £10,000 fine – or both – under the Emergency Workers (Scotland) Act 2005, which makes it a criminal offence to assault, obstruct or hinder any emergency worker while they are working.

A police spokesperson said: “We were called around 9pm on Sunday, to a report of anti-social behaviour involving youths and a crew from the Scottish Fire and Rescue Service in the Gracemount House Drive area of Edinburgh.

“Fortunately no one was injured but this kind of behaviour towards emergency services doing their job will not be tolerated.

“Enquires are ongoing to trace those responsible and officers on regular patrols will be in the area.”

An SFRS spokesperson said: “We were alerted at 8.50pm to reports of a bonfire at Mansion House, Gracemount House Drive, Edinburgh.

“Operations Control mobilised one appliance and firefighters extinguished a fire in the open.

“Crews requested the assistance of their police partners after encountering antisocial behaviour.

“There were no firefighter injuries and the fire appliance suffered damage due to being hit by objects.”