Five firefighters and one police officer were taken to hospital for treatment following the blaze at the A-listed building on Monday. 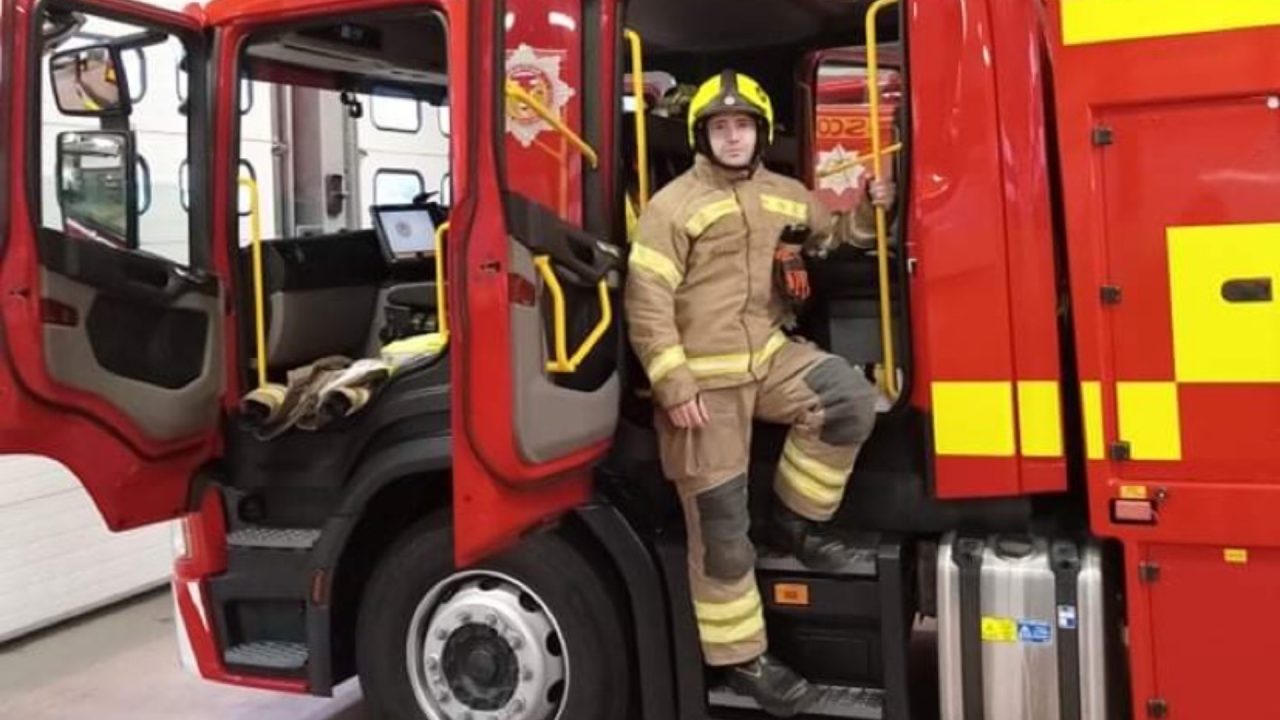 A firefighter who suffered critical injuries during a large-scale fire which ripped through a former department store in Edinburgh on Monday has been named.

Mr Martin, from Fife, was one of five firefighters who suffered injuries while tackling the fire on January 23.

Four others were also transported to hospital, with two treated for smoke inhalation and two for burns, and have subsequently been discharged.

At its height 22 fire appliances were mobilised to the scene at Rose Street in the city centre, with more than 100 firefighters working in difficult conditions to bring the building fire under control.

One fire appliance remains in attendance on Tuesday, January 24, to monitor the building for potential hotspots.

“Our thoughts are very much with Barry and his family, and indeed with all of our colleagues who were injured in responding to this incident.

“Barry is a firefighter based in Edinburgh and we ask that everyone please respect his family’s privacy at this time.

“We continue to provide all possible support to our colleagues and their families, as well as all staff involved.

“We are liaising with appropriate partners to ensure a full and thorough investigation is undertaken into this incident.

“Can I please take this opportunity to thank our dedicated crews and staff for their professionalism in responding to this challenging incident; also to our partners for their support on the ground yesterday.

The iconic building – which housed Jenners for over a century before its closure in May 2020 – is undergoing a multi-million pound renovation backed by Danish billionaire Anders Holch Povlsen to turn it into a new hotel and leisure facility.

Plans approved by City of Edinburgh council in June last year will see part of the former department store turned into a 96-bedroom boutique hotel, alongside a bar and restaurant, above overhauled shopping areas.

A spokesperson for Police Scotland said: “Around 11.35am on Monday, January 23, 2023, police attended to assist Scottish Fire and Rescue Service following a fire at a premises on Rose Street, Edinburgh.

“The fire was extinguished and there is no wider risk to the public.

“Five firefighters were taken to the Royal Infirmary of Edinburgh for treatment. A police officer was also taken to the same hospital to be treated for smoke inhalation and later released.

“Officers are still at the scene and the east end of Rose Street is closed between South St David Street and Rose Street Lane North. Two nearby business premises on Rose Street also remain closed.

“Enquiries into the cause of the fire are ongoing.”

Owners of the site AAA United said they are “devastated” about the fire and that “investigations show very localised damage, only in the lower north side of the building”.

They added: “The overall building is intact, but we still await further investigations over the following days will reveal the total extent of the damage.”