Crews have warned locals to keep windows closed as the plume moves towards Edinburgh. 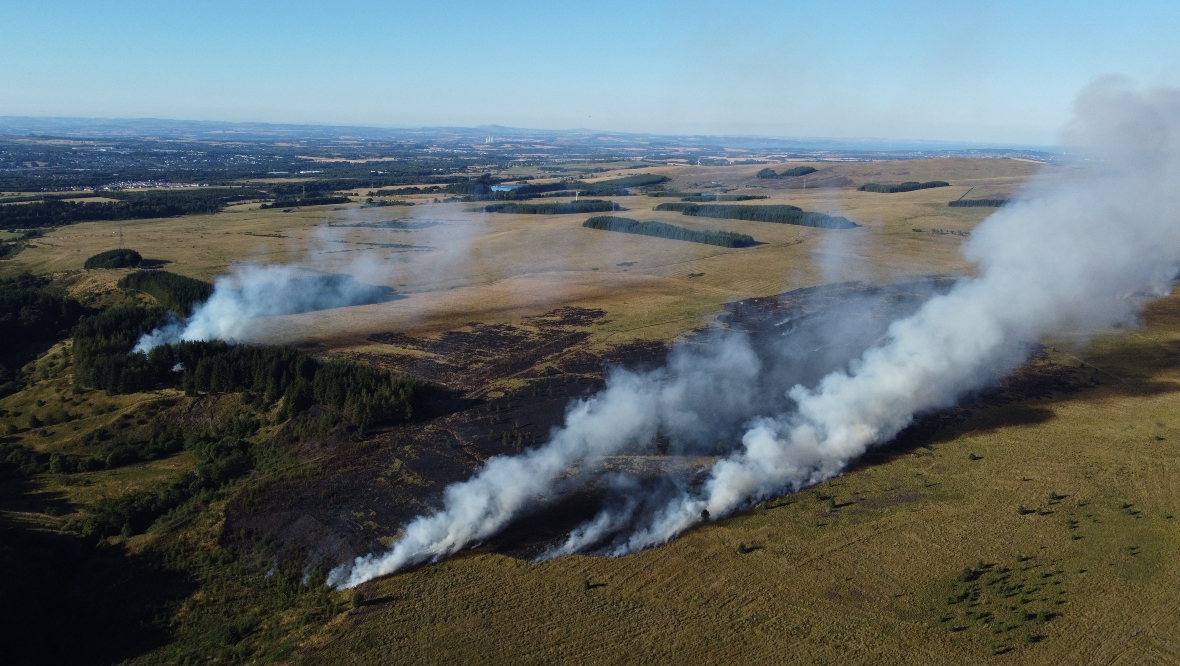 Fire crews in West Lothian are tackling a huge wildfire for the third day in a row after residents were warned to keep their windows shut overnight.

The Scottish Fire and Rescue Service (SFRS) was alerted to the blaze near West Calder, next to the A70, at around 1.23pm on Wednesday.

The fire ripped through an area of moorland and woodland stretching one mile by 1.5 miles and is still raging more than 48 hours later.

STV News understands that four fire appliances and a helicopter were initially deployed on Friday morning, but around 60 firefighters and 12 fire engines are now at the scene tackling the blaze.

It comes after a wildfire warning was put in place by the service on Wednesday, warning that eastern and southern Scotland were at “high risk” until August 15.

“During this time, surface fires could burn and spread in these areas with high intensity,” SFRS said in a statement.

It added: “Wind speeds are expected to be light to moderate meaning that fires could re-kindle and smoulder and therefore be challenging to extinguish.”

SFRS urged residents on Thursday to keep their windows shut as the plume moved in an easterly direction towards Edinburgh.

It said: “We were alerted at 1.23pm on Wednesday, 10 August to reports of a fire in the open at High Camilty, West Calder.

“Operations Control has now mobilised twelve appliances to the scene, where crews remain in attendance as they work to make the area safe.”