Farmers fear water ban could be 'catastrophic' for crops amid shortage

Restrictions on extracting supplies from rivers and burns is being considered by SEPA. 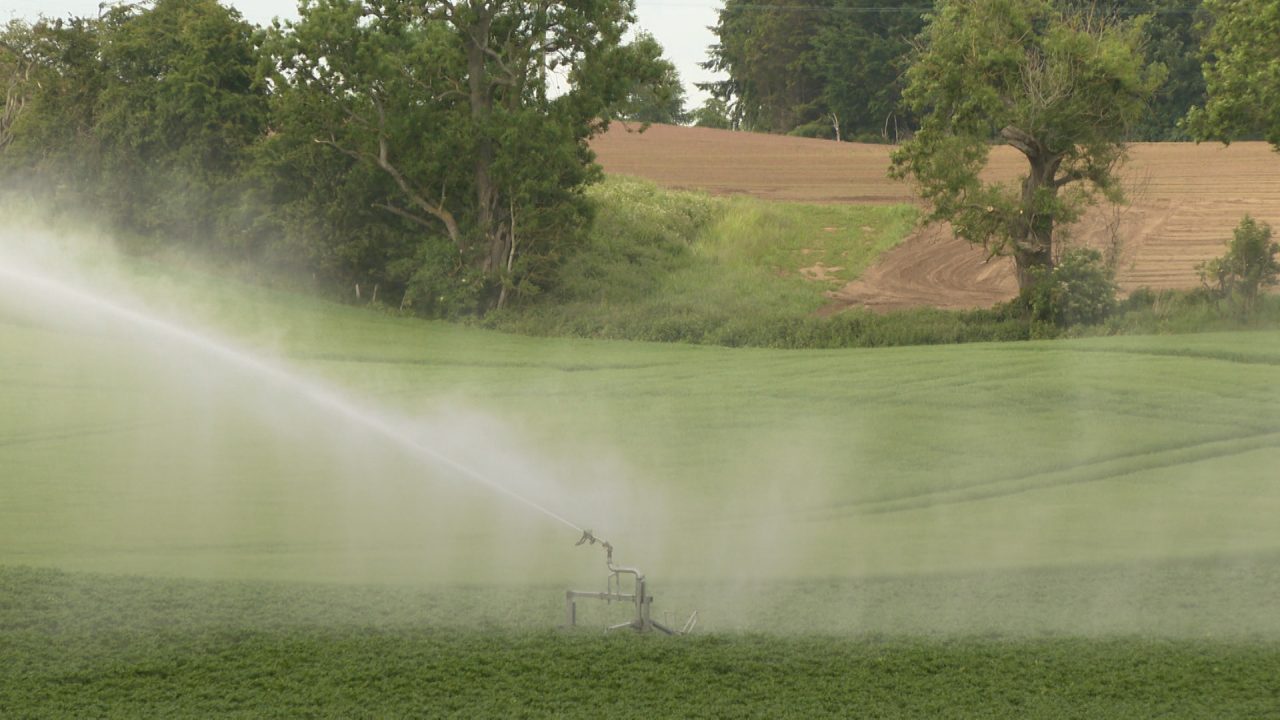 Farmers in Fife fear a ban on watering crops would be “catastrophic,” as the area was placed in the highest level for water scarcity.

Restrictions on extracting supplies from rivers and burns is being considered by SEPA, which would prevent irrigating crops.

Iain Brown, who is part of a co-operative of 15 growers, says if a water ban is imposed his group could lose £1m a week.

It is the peak production period for broccoli and cauliflower, which have already been affected by a long dry summer.

Iain Brown, who is horticulture spokesperson for National Farmers Union Scotland, has a 300-acre field of broccoli near Newport.

“Yields are already down by 30% due to the dry weather,” Iain Brown explained.

“If there is a ban on extracting water for broccoli and cauliflower we could be down by as much as 50% and some of the crop will be lost completely, we won’t be able to harvest it. It will be ploughed back in.”

Watering crops in warm weather is key and a private reservoir used by farmers on fields near Wormit has just one day of water left to spray crops.

With no rain forecast in the coming days and nearby rivers and burns running low, growers are urging SEPA to consider the “devastating” effects of any restrictions.

“This is a one in 40-year event. We’ve got to be realistic about what we can harvest but the timing of restriction of water on cauliflower and broccoli crops would be devastating.”

Scottish Water, which controls domestic supplies, is also seeing low levels its in reservoirs in Fife but says there will be no disruption to household water.

While reservoirs across Scotland are more than 80% full, which is average for the time of year, in Fife some supplies are as low as 30%.

Harperleas reservoir, near Glenrothes is two thirds empty. It has been shut off to allow levels to recover.

Scottish Water is now pumping supplies from other reservoirs to maintain supplies to home in north east Fife, including St Andrews and Cupar.

Kes Juskowiak, operations manager at Scottish Water said: “What we’re doing is working to supplement these reservoirs from other parts of the country which is Glenfarg, Glendevon which are also in the Fife systems and actually further west as well, we can pull water over from the west and that’s a common activity for us to do at this point in the year but it does show that it has been very dry for a prolonged period of time and that’s reflected in our reservoir levels.”

Residents in north Fife may notice a slight difference in the taste of their water due to it coming from a different supply but Scottish Water say there will be no disruption in supply to households.

Tankering water into St Andrews happened during the Open Championship in July due to high demand, which could happen again if needed.

The public is being urged to take short showers, avoid filling paddling pools or sprinkling the garden.

SEPA and the Scottish Government are meeting daily to discuss potential action and consider what, if any, restrictions might be needed.

A spokesperson for the Scottish Government said: “Officials have been working with SEPA colleagues regarding the developing water scarcity situation in Fife and other areas of Scotland. We will continue to closely monitor the situation, evaluate the potential environmental, economic and social impacts and work with SEPA as actions to take are being determined.

“Scottish Water is working to maintain public water supply to customers in parts of the country affected by the recent prolonged dry warm summer weather. Nationwide reservoir storage levels remain at 81%, which is around average for the time of year. Householders are encouraged to use water as efficiently as possible and take steps to reduce the volume used around the home and garden.”