A woman is being treated for burns while three children are recovering from smoke inhalation after a house fire in Dunfermline. 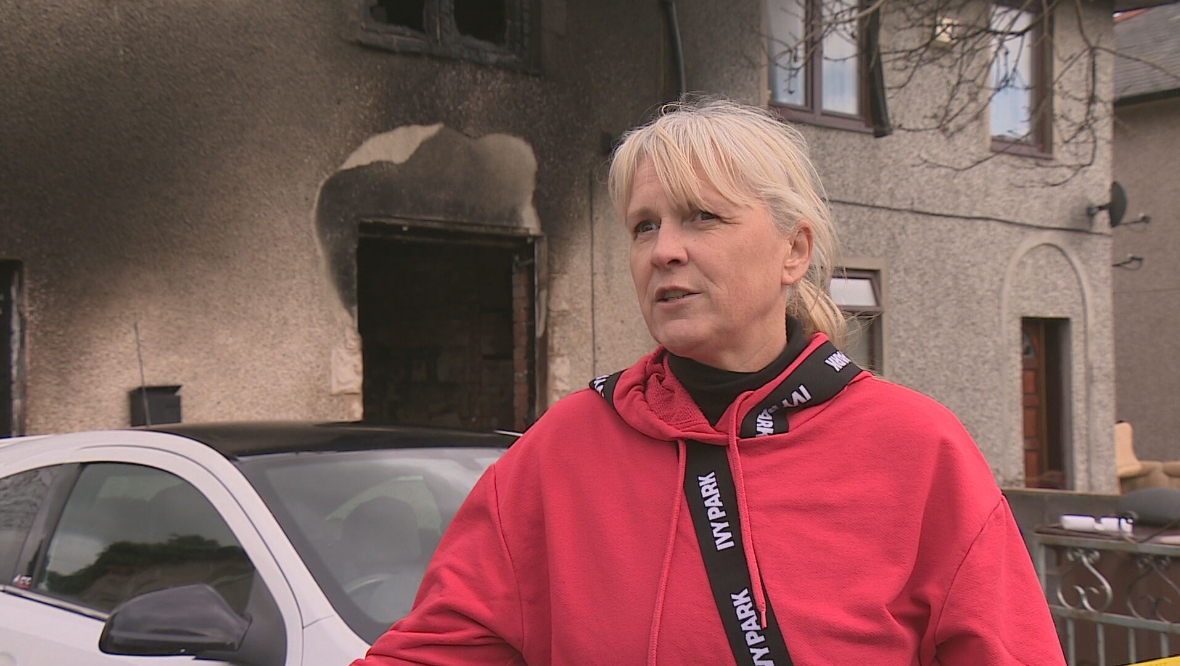 A family has been left “devastated” after three children and a woman were taken to hospital following a house fire in Dunfermline.

Emergency services were called out to at Frederick Crescent, Dunfermline, at around 3.23am on Wednesday where fire crews worked overnight to tackle the blaze.

A woman has been left badly burned after the blaze, while her children are being treated for smoke inhalation.

Relative, Nicola Mcvay, revealed she got a phone call in the middle of the night informing her that the house had gone up in flames.

She also claimed the woman is being treated for burns to her face, hands, and feet.

Ms Mcvay said the family has been separated, with the woman and two of the children taken to Ninewells Hospital, while the youngest child has been transferred to Edinburgh for treatment.

She told STV News: “At this point we have no idea what happened.

“I got a phone call in the middle of the night saying that her house is on fire and obviously we’ve came.

“The youngest, a wee boy, has been transferred to Edinburgh.

“Kayleigh has a few burns, face, hands, feet, and the kids have smoke inhalation that we know of, at this point.

“We’re devastated. We just lost our Mum in February, and Kayleigh’s the youngest out of nine children.

“It’s devastating for her. We’re gutted.

Police have confirmed that enquiries into the incident are ongoing.