Ellie Wilson wants universities to do more to stop alleged sex offenders being on campus. 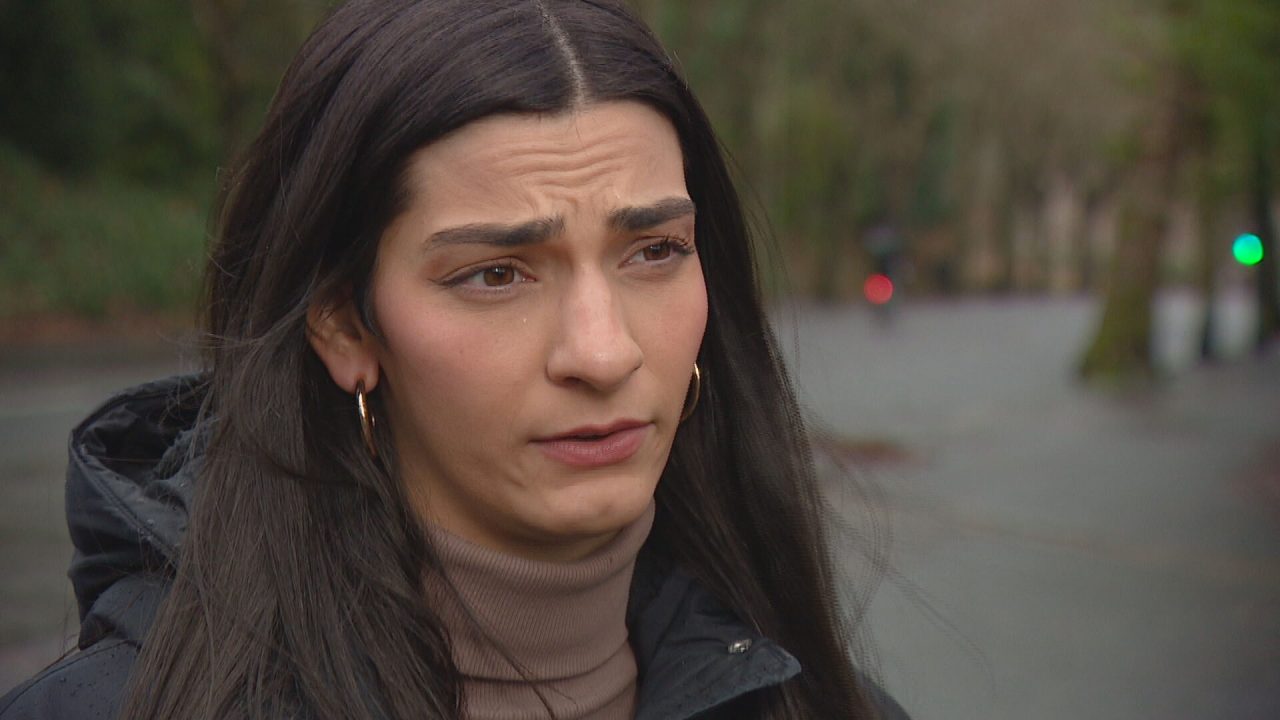 A rape survivor who secretly recorded a confession is campaigning for universities to rethink how they handle suspected sex offenders.

Ellie Wilson, an award-winning athlete and politics graduate, was raped by medical student Daniel McFarlane at Glasgow University in 2017.

While confronting her attacker, she was able to record his admission that he raped her.

But he was allowed to study at Edinburgh University in 2021 despite it being understood the institution knew about his upcoming trial.

In the recording, Ellie asked him: “Do you not get how awful it makes me feel when you say ‘I haven’t raped you’ when you have?”

McFarlane replied: “Ellie, we have already established that I have. The people that I need to believe me, believe me. I will tell them the truth one day, but not today.”

Six months after he was jailed for five years on multiple accounts of rape, Ellie told STV News she remained disappointed with Edinburgh University’s handling of the case.

She said: “Edinburgh got into contact with me, but did not answer my question as to why he [McFarlane] was admitted, or why people like him are allowed admission to the university.

“I feel like Edinburgh is failing in their duty of care to their own students. At the time, it really added to my trauma knowing that this person was able to start a whole new life while I was suffering.

“I think this is symptomatic of a culture that condones sexual violence and protects predators.”

Ellie is suffering from post-traumatic stress disorder and said she had faced suicidal thoughts.

“It was really difficult for me to live a normal life,” she said. “This isn’t just a battle for me, it’s a battle for other people and it’s about keeping other people safe and hopefully preventing what happened to me from happening to others.”

The 25-year-old wants universities to have a clear, published process in place to handle suspected sex offenders.

Through a series of freedom of information requests to universities, Ellie discovered it was common practice for alleged sex abusers to transfer to different institutions across Scotland.

Her campaign has won the support of Scottish Conservatives west of Scotland MSP Pam Gosal.

She said: “The system must help survivors, not add further pain to their lives. It also must protect the public from dangerous criminals, not give sexual predators the chance to commit more offences.”

Universities also do not share the outcome of sex-related disciplinary hearings, allowing offenders to start afresh at institutions which know nothing about their past actions.

Edinburgh University Students Association vice-president Lauren Byrne said one solution could be for alleged sex offenders to carry out their studies online while awaiting trial.

Ms Byrne said: “I definitely think there is scope to explore that as a possibility. Covid has shown that there’s more scope for that.

“It’s something that really needs further investigation going forward because clearly there’s not been enough safeguarding in the past.”

Edinburgh University said student and staff safety remained “a top priority” and that it acted “swiftly when sexual misconduct occurs”.

In a statement, the university said: “In accordance with guidance from the Universities and Colleges Admissions Service (UCAS), our admissions process does not require applicants to disclose any criminal convictions or ongoing investigations at the point of applications, unless their chosen degree is exempt from the Rehabilitation of Offenders Act 1974 or requires membership of the Protecting Vulnerable Groups (PVG) schemes

However, the Rehabilitation of Offenders Act only deals with spent sentences and cases where the alleged attacker is awaiting trial are not protected.

Rape Crisis Scotland has said universities must do more to protect their students when it comes to potential sexual offender risks.

Sandy Brindley from Rape Crisis Scotland said: “Campuses must be safe for everybody. It’s highly inappropriate for a person who has been suspended by one institution over sexual violence to be admitted without due diligence to another.

“It’s not acceptable for any institution to neglect their duty of care to students and fail to carry out appropriate safeguarding.”

UCAS said that due to the General Data Protection Regulation (GDPR), it could not ask for self-declaration of criminal convictions at the point of application.

Universities Scotland, however, said it was considering the issues, with a view to investigating how best to address the issue.