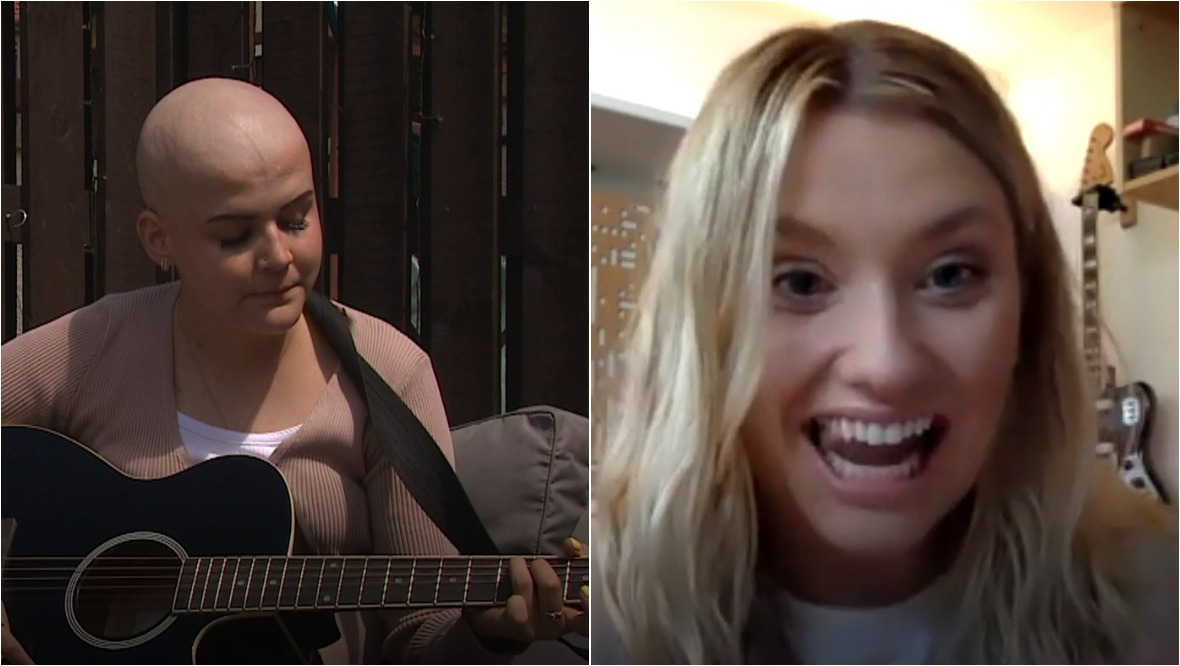 Singer Ella Henderson has offered to write music with a Kirkcaldy teenager who is battling stage four cancer.

Singer Paige Dougall, who has spent the last month in intensive care with Ewing’s Sarcoma, loves to perform online music about her journey.

Not only has the talented 16-year-old racked up thousands of views, she has also caught the attention of a big name in the music industry.

The chart-topping singer also offered to write and record a song with Paige.

The Ghost singer said: “I’d love to share your talent and share what you do because I think it will be really inspirational to so many young girls and guys that are going through what you’re going through right now.

“You’re so beautiful, so bubbly, so strong, and that’s what I wanted to come on here and tell you.”

She added: “Maybe if we can make something happen, maybe I can rent a studio and we can record a song together.

Bubbly Paige responded: “Yes – but wait, are you going to help me write it?

“Just because I don’t want to come up with a song and you’re like ‘nah, that’s rubbish.’”

Henderson, who recently scored a top ten hit with Tom Grennan collaboration ‘Let’s Go Home Together’, said: “This year, we are going to get in a studio and write a song together – as long as we don’t go into another lockdown!

“That is my promise to you, that will happen.”

Paige was diagnosed with Ewing’s Sarcoma in September 2019. She entered remission last year, but relapsed in February and the cancer is now stage four.

The teenager’s mum Michelle Falconer told STV News: “The doctors took me and her dad in a room and they just said that it was really serious.

“The machines were doing a lot of the work for her and that it wasn’t looking good at all.”

Despite so many challenges, Paige hasn’t lost hope and she believes her song will help other children living with the disease.

“I have had so many comments and people messaging me and being like: ‘you’ve really helped me’.

“It’s nice to feel like I’m helping people with my situation.

“I am just grateful for the smaller things like, having dinner with my family and that makes you a better person, I feel.”