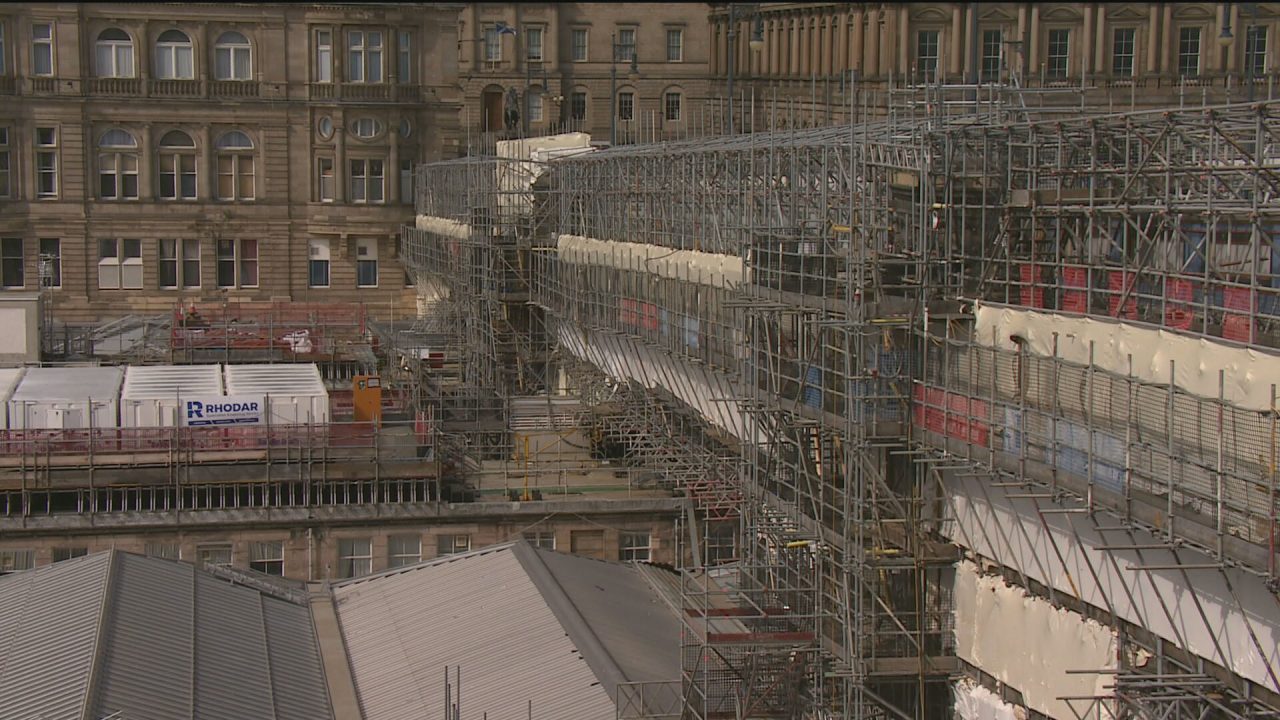 The landmark project is now expected to be completed five years later than planned, costing more than £60m.

The 120-year-old bridge has been partially closed since 2018 because cast iron, concrete and masonry was falling onto the roof of Waverley train station and Market Street.

It’s currently estimated that the bridge will finally reopen to all traffic in 2025.

He said: “It’s a bit like when you do some DIY, you take the wallpaper off the walls and find lots of unexpected things, and I think that’s what’s happened here on a much bigger scale.

“This is a key landmark structure in Edinburgh and a key route for transport, so we want to get it open as quickly as possible, but this work has to be done right, in the hope this bridge lasts another 100 years.”

STV News was given an exclusive, first look inside the construction work being carried out by Balfour Beatty, which involves repairing intricate cast-iron facades and the underside of the concrete deck.

Our reporter could see significant corrosion to the structural steelwork.

The delays have taken their toll on local businesses, such as the Scran Bistro.

Owner Suleyman Sarhar said: “The roadworks affect us, and we don’t hear anything from the council.

“We’re struggling to find out what’s happening and how to plan our year ahead.”

The souvenir shop next door has now closed, as has a gin shop a bit further down the road.

“We haven’t had any notice about the 2025 extension, I’ve only found out from STV News,” said Mr Sarhar.

“The only information we’ve had from the council is a leaflet that was sent out to the community saying they’d spoken to businesses. But nobody spoke to us.”

Edinburgh City Council said it was concerning to see the impact on businesses and that it was engaging with locals.