The young pup has been named Zaferino which is a Portuguese word meaning 'West wind’. 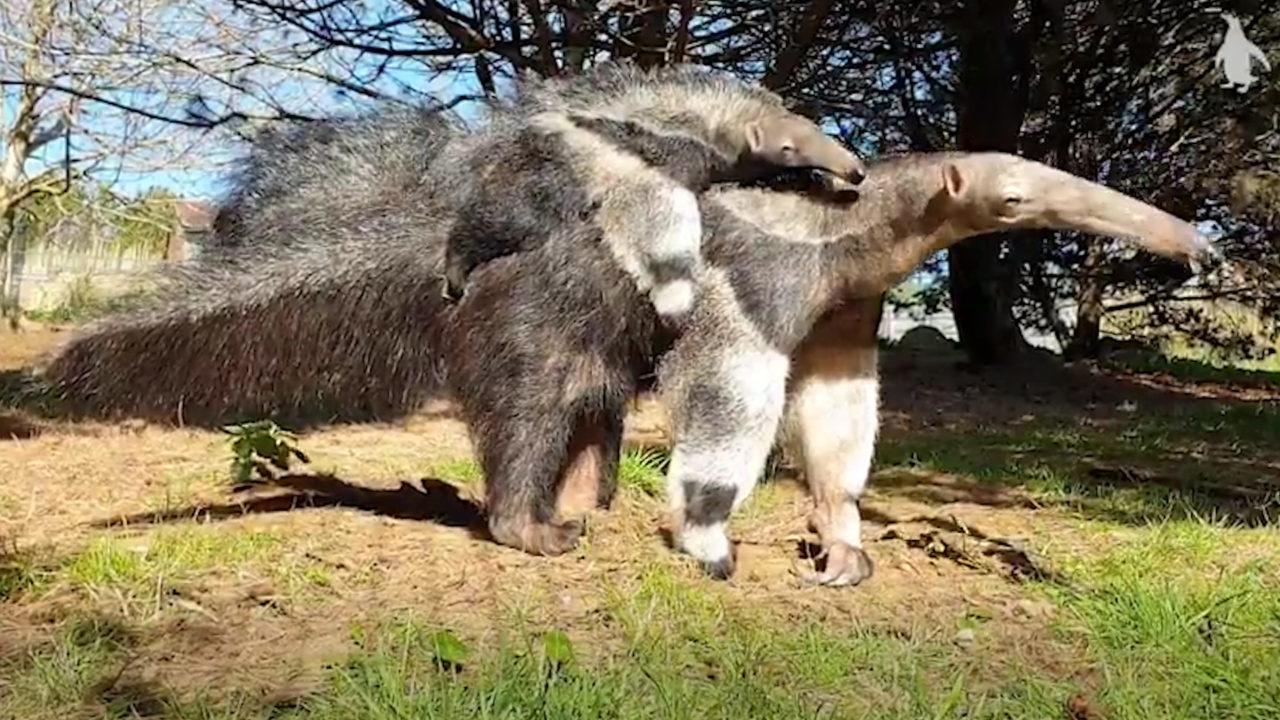 Keepers at the wildlife conservation charity chose the name from a list inspired by the giant anteater’s native country Brazil.

Alison MacLean, the zoo’s head of carnivores, said: “Both mum and baby are doing really well.

“Zeferino is still growing and starting to explore independently while still spending most of his time on Nala’s back.”

The zoo is currently closed to the public but the keepers are still working to give the animals the best of care.

They have also live cameras installed to allow viewers to keep an eye on the penguins, panda, koala and tiger.

Due to the closure, the Edinburgh Zoo has no visitor income, but Alison said: “we’re incredibly grateful to our members, supporters and everyone who has donated at this difficult time.”

As well as being part of the European breeding programme for giant anteaters, RZSS supports the Anteaters and Highways project which was set up to help protect the species in the wild.

Based in the Brazilian Cerrado, the initiative aims to quantify the impact of roads on giant anteater populations and evaluate potential effects on the species’ behaviour, population structure, and health.

The research results will provide insight into anteater movement patterns, inform road management strategies in Brazil, and help save the species.