Evelyn Rodger helped launch a memory-making project to help parents who had lost their babies. 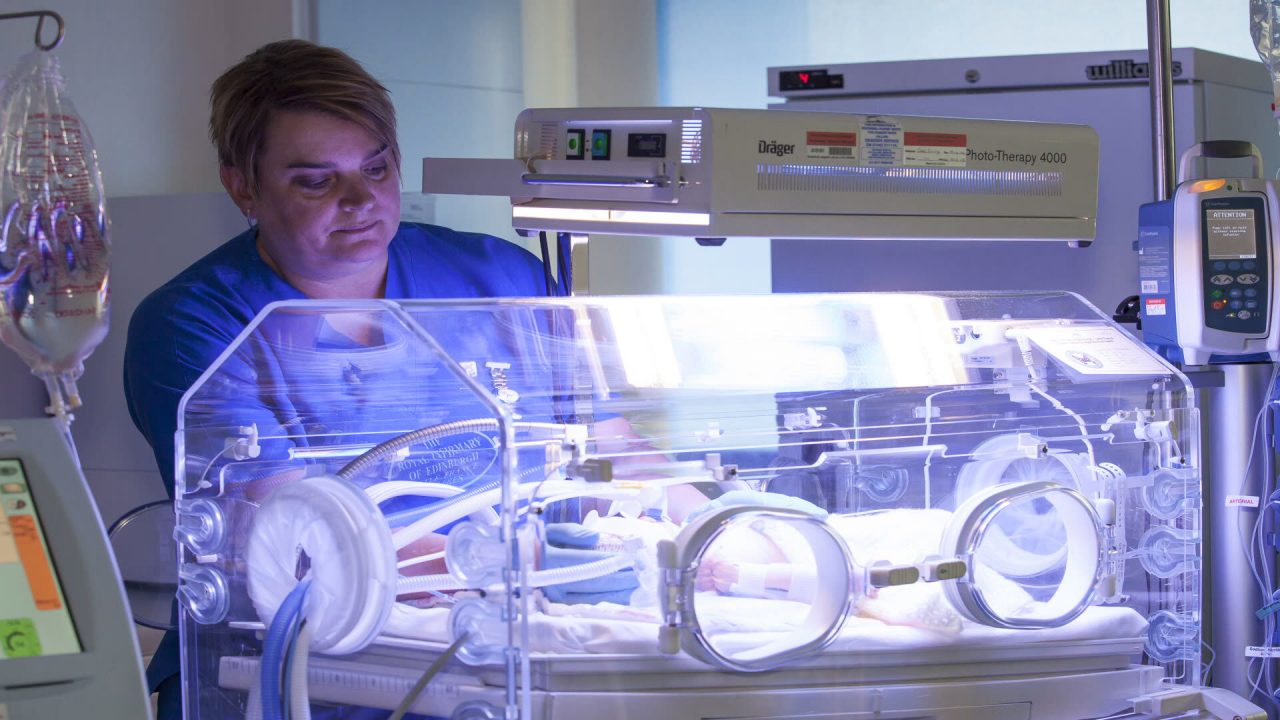 A pioneering Edinburgh nurse who dedicated her professional life to supporting families who have lost babies has won a prestigious award.

Evelyn Rodger, a Diana Children’s Nurse working across Scotland, received the WellChild commendation as she retires after almost 30 years working in health care.

She said: “It has been rewarding but the most challenging job I’ve ever done. I’ve learned something from every single family I’ve supported.

“When their baby died, parents would leave and you’d never see them again. I knew there was this gap in care and it was frustrating. That’s why I joined CHAS.

“The advances over the last eight years have been phenomenal and I’m so proud to be a part of that.”

It was named in memory of identical twin Joe Briggs, who was stillborn as a result of twin-to-twin transfusion syndrome.

His brother Tommy suffered health complications but survived after being taken into special care at the Royal Infirmary of Edinburgh.

Joe’s mother Marie Briggs told STV News: “As wonderful as it is to have a stamp of a foot, it’s nice to be able to touch something that is exactly a replica of your child that has died

“I don’t think I acknowledged the magnitude of it until I got the cast back, how emotional it would make me. Four years on, how wonderful it is to have it in among our family memorabilia.

“This is something we’ll have years down the line. As difficult as it is at the time, looking back I have lovely memories.

“We laughed, we cried, we loved and we wouldn’t have had that if we didn’t push ourselves to go ahead and do it.”

Evelyn added: “We know now that not seeing the baby or taking it out of the room is not right to do.

“It offers something tangible the baby has touched and been a part of. It’s important that families feel able to be a part of making those memories.”

Evelyn was due to meet Prince Harry and Meghan at the ceremony in London to collect the award, but news of the Queen’s death on the same day meant she never got the chance.

She added: “I was really looking forward to meeting Harry and Meghan as a Diana children’s nurse. I wanted to speak to him about that and my role, the good it achieved. I knew things would be different when I saw the news that afternoon.

“It wasn’t the celebration we expected but we met some lovely people and we did get the award at our table and had our own mini ceremony.”

Evelyn is proud of her legacy, which has helped hundreds of families to be given the chance to say goodbye to their babies.

“I wanted to provide continuity to bereaved parents; it’s important they speak to someone who has met the person that has died. Memory-making with families has been my passion.”