Alexis Anderson has been dancing at adult entertainment club, The Western, in Edinburgh’s West Port for the last 13 years. 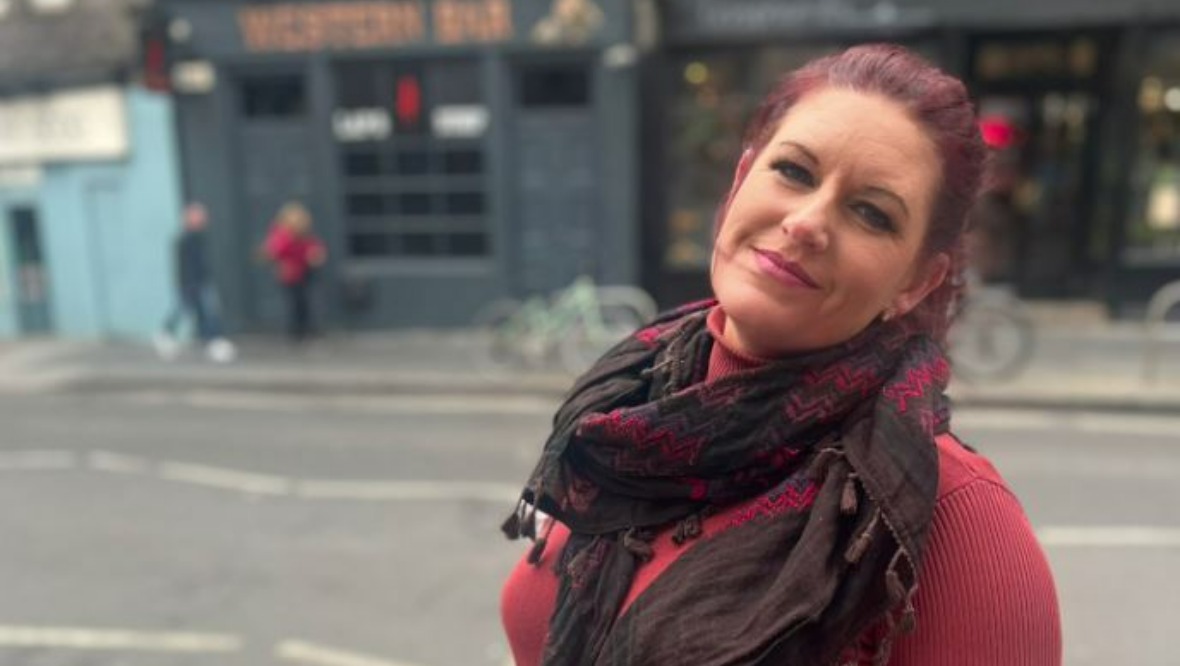 An Edinburgh lap dancer has warned that the City Council’s ban on strip clubs in the capital will force the business underground, putting women’s safety in danger.

Alexis Anderson, who has been dancing at adult entertainment club, The Western, in Edinburgh’s West Port for the last 13 years, told STV News how she might be forced to work in underground establishments or offer private stripping services at airbnbs without the safety of a bouncer.

She said: “My actual safety is on the line.

“Here we have a no touching policy and men know the rules, it’s a lot harder to implement those rules if you are walking into an airbnb. They are pushing us into precarious working situations.

“Here, we actually have the power. I can go to the bouncer and get anyone kicked out.

“I’ve got the power and that’s why I want to keep places like this open because we have a safe place to work here.”

It’s not just the workers that Alexis believes will be negatively impacted by the ban; she also thinks that removing strip clubs could have a negative impact on local businesses.

She added: “Our club is full of stag dos and they come here because they want to spend one or two hours in the club, but they book the full weekend.

“So the hotels will be losing two or three nights of maybe 20-30 guys- and all the bars and restaurants so it’s not just us that will be impacted.”

On Friday, Edinburgh City Council’s regulatory committee voted to ban lap dancing clubs, by a majority of five to four.

During the meeting, the city council put forward a plan to limit the number of sexual entertainment clubs to either four, which is the current number of establishments in the city, or zero, which would effectively be a ban.

Now the union representing performers working in adult entertainment venues say they will fight to overturn the decision in court.

Danielle Worden, legal case worker for the United Voices of the World, said: “The union is extremely disappointed that the council has chosen to disregard its legal obligations and the relevant evidence by adopting a policy that discriminates against women.

“Not only does this violate the Equality Act 2010, it is an act of cruelty to remove the livelihoods of hundreds of workers as we enter the worst economic crisis since the 1970s.”

Edinburgh Council says the ban is to come into force from April 1, 2023.
A spokesman said: “It’s important to note that SEVs (sexual entertainment venues) can still apply for a licence and committee would consider them against the policy agreed today,”