Dr Murray-Cavanagh says the current way of working means GPs are under too much pressure. 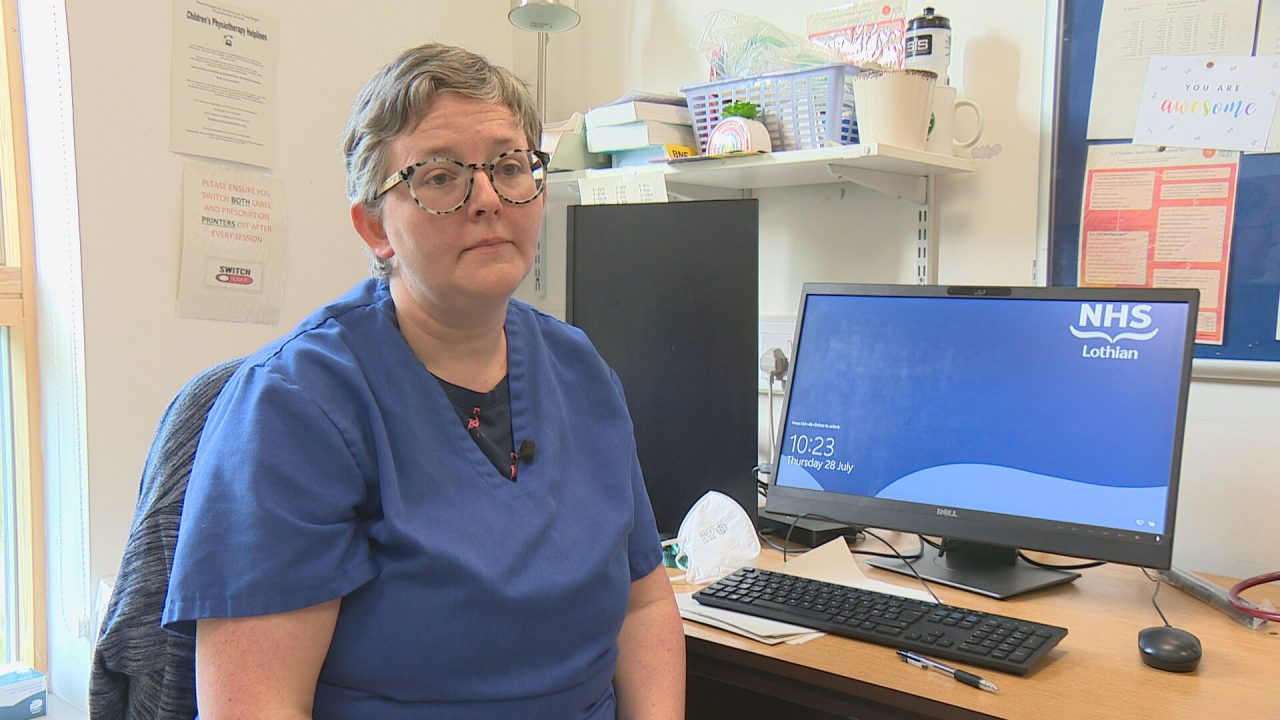 A GP has warned that the future of the NHS is under threat due to the number of her colleagues leaving the profession.

Dr Nora Murray-Cavanagh, who is based at Wester Hailes Medical Practice in Edinburgh, believes a backlog of patients has left doctors under too much pressure.

She said her practice had brought in support from pharmacists, mental health specialists and community workers in a bid to ease the workload.

But Dr Murray-Cavanagh fears that unless a similar model of triaging patients is adopted widely, the health service could crumble.

She said: “We’re already starting to see it. People are retiring earlier, people are resigning and changing their work pattern and [eventually] we won’t have access to a free, publicly funded, high-quality NHS at the point of use.

“That would be such a huge shift for our country. It’s virtually unimaginable for people to imagine what that would look like.”

The Wester Hailes approach has been welcomed by patient Georgina Ebbs, who was reluctant to seek help when she started struggling with her mental health.

However, she was quickly referred to an in-house specialist instead of a GP.

Ms Ebbs said: “If I had kept being referred back to GPs, I would have felt silly speaking to the same person the whole time.

“If anyone is referred straight to a specialist, then that’s ideal rather than to the GP.”

She said: “It can be anything from a local walking group, to linking them in with a community garden or supporting them to an appointment at a mental health service.

“It very much depends on the patient, and we support them with exactly what they want to prioritise.”

Other GP surgeries are being encouraged by the Scottish Government to follow the Wester Hailes approach.

A Scottish Government spokesperson said: “More than 3220 healthcare professionals have been recruited into multi-disciplinary teams to support GP practices across Scotland through the Scottish Government’s Primary Care Improvement Fund.

“These include pharmacists to help with patients’ repeat prescriptions and medicine reviews, community nurses to assist with diagnostic tests and chronic disease management as well as physiotherapists to treat musculoskeletal issues in the community.

“By increasing recruitment into multi-disciplinary teams, it is making it easier to ensure patients see the right person, in the right place, at the right time.”