Family have been battling squalid conditions since they moved into flat nearly ten years ago. 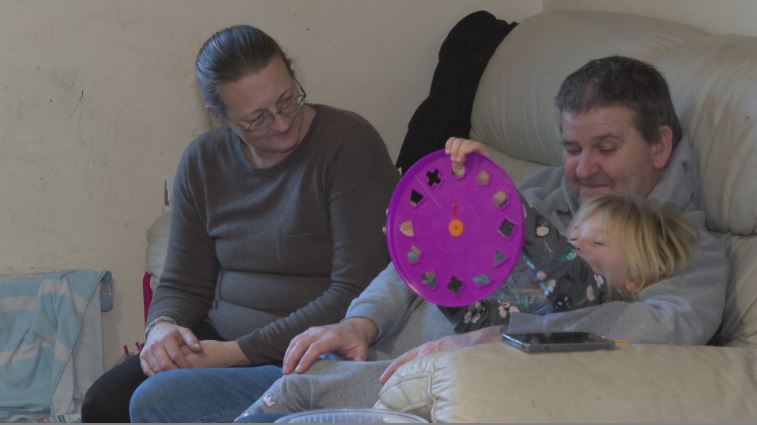 A family fear for their children’s health after living with “horrendous” damp and mould for almost a decade.

Alistair Stuart and his partner Sara Martin live in a three-bedroom council flat in West Pilton, Edinburgh, with their four children.

The couple said they had been battling squalid conditions since they moved in nine-and-a-half years ago, and the prolonged exposure has worsened the children’s asthma and left their four-year-old with a constant hacking cough.

Last month, a coroner ruled that the death of two-year-old Awaab Ishak in Rochdale was caused by prolonged exposure to mould. Miss Martin worries the same may happen to her children if nothing is done.

“I’m scared my children will die,” she said. “That’s my biggest fear. They already have health issues and they’re still living with active black mould.”

Miss Martin called an ambulance for her 18-year-old son on Sunday after he started to suffer chest pains.

The ambulance report stated “damp and mould” was an environmental risk factor.

Mr Stuart, 59, said the conditions also had a major impact on his mental health.

“You can’t describe it day to day,” he said. “The way we are living, we don’t have good days. All my days are bad days. Life’s pathetic. This house isn’t liveable. I wouldn’t house my own worst enemy in here.”

The family have been forced to remove all the carpets in the house, constantly throw away furniture and keep all their clothes in boxes because of the mould.

“Our clothes are damp, they’re stinking,” Mr Stuart said. “You put your clothes on and you don’t know if folk are talking about you. You feel like you’ve failed.”

The couple said they had been in constant contact with the council and, although they have had several investigations and surveys of the property, no long-term solution has been provided.

“They have put a plaster on a caesarean wound,” Mr Stuart said.

According to Citizen’s Advice, demand for advice relating to repairs in council housing has increased by 24%, compared to before the pandemic.

Dr Andrew Whittamore, from Asthma and Lung UK, said the charity was receiving daily calls from people having difficulties because of damp in their homes.

“Breathing in mould spores can do several things to the lungs,” he said. “Firstly, it can cause an allergic reaction. So every time the body is exposed to it, it will cause breathlessness, tightness in the lungs and infections.

“For people who have lung conditions like asthma, it can lead to life-threatening asthma attacks and, for some people, the mould can start to develop an infection of its own and actually start to grow in the lungs and cause growths in the lungs.”