More than 250 council waste workers are due to walk out for 12 days as millions arrive in the capital during the festival season. 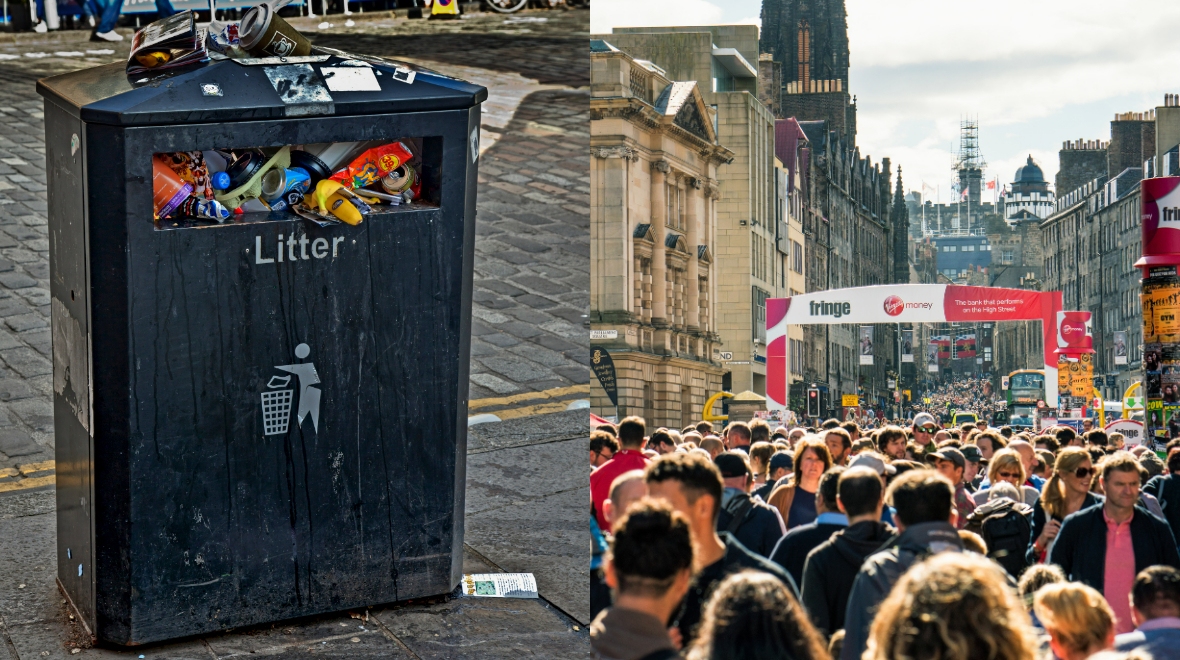 More than 250 waste workers represented by the GMB and Unite organisations will walk out for 12 days between August 18 and 30 over the “derisory” 2% local government wage increase tabled by Cosla.

It comes as millions prepare to descend on the city from this weekend for the kick off of the International Festival and Festival Fringe.

Unite warned the decision represented the “first wave” of action from local authority workers, who are preparing for an “all-out” strike.

Wendy Dunsmore, Unite industrial officer, added:  “Unite’s members in Edinburgh are now set to take strike action in a matter of days and this will severely impact the Edinburgh International and Fringe festivals.

“The blame for this situation lies squarely with Cosla and the Scottish Government who have continued to undervalue and treat council workers with contempt.

“Professional and hard-working people who turned up to work throughout the pandemic are being told to take a brutal real terms pay cut. It’s a shocking example of how those in power are now completely out of touch with working people in this country.”

Unions previously warned that “waste will pile and schools will close” unless council workers were offered a better deal.

GMB Scotland Organiser Kirsten Muat added: “When visitors from across the world ask why this is happening, the response will be straightforward: Our members are not prepared for local services to be delivered on the backs of the working poor.

“Our key workers deserved to be valued properly and ahead of a grim winter with forecasts of double-digit inflation and eye-watering energy bills, they urgently need pay that confronts this cost-of-living crisis.”

Unite bosses also said they were “imminently finalising” strike dates to hit waste, recycling and street cleaning services in councils where it has a mandate for industrial action.

Cosla leaders are due to meet a summit in Edinburgh tomorrow.

Johanna Baxter, Unison Scotland head of local government, said: “We have already written to Cosla to warn them that the trade unions have between them legal mandates to disrupt the operation of over 1,200 schools across 16 local authorities and the waste/recycling services across 25 local authorities in Scotland.

“They have done little to try and engage with us, even though we stand ready to talk to them. The last thing Unison members want to do is strike. But that’s what we will do unless a substantially improved offer is on the table after tomorrow’s meeting.”