Everything you need to know about the Fife town as King and Queen Consort visit. 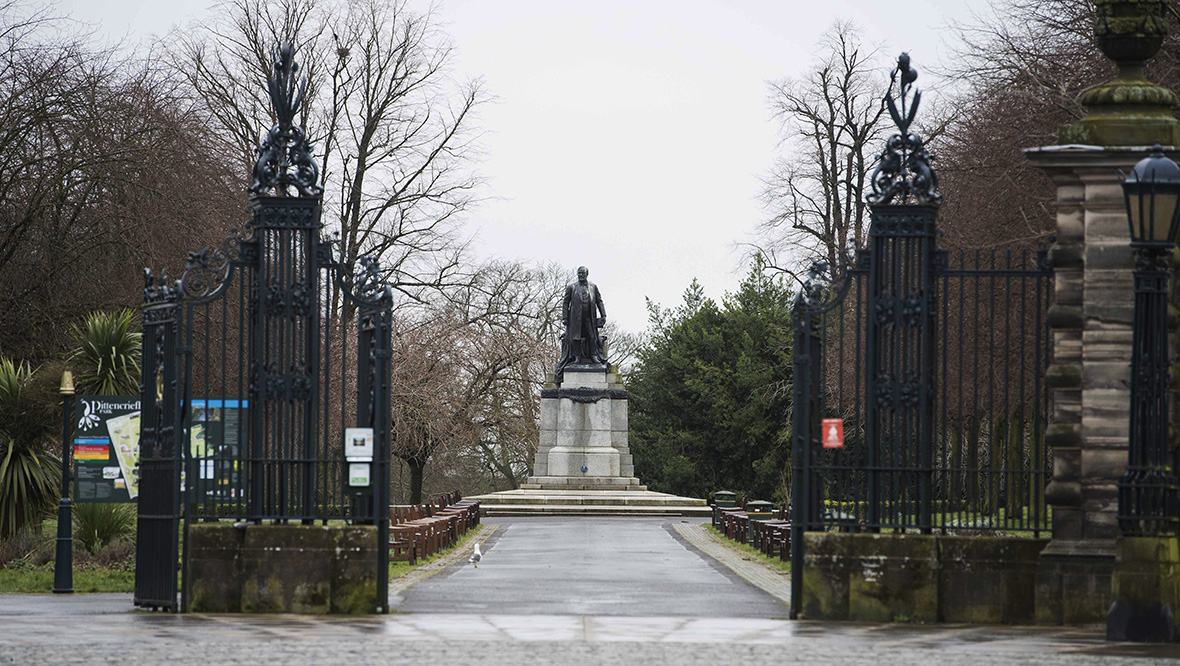 King Charles III and the Queen Consort are visiting Dunfermline to mark the former Fife town becoming a city.

It is the couple’s first joint public engagement since royal mourning ended following the death of Queen Elizabeth II.

Large crowds gathered in Dunfermline on Monday morning to welcome the King and Queen Consort.

Charles and Camilla were welcomed to Dunfermline in Fife by community groups including a local pipe band and schoolchildren.

They will attend an official council meeting at the City Chambers where the King will formally mark the conferral of city status on Dunfermline and make a short speech.

After the ceremony, they will visit Dunfermline Abbey to mark its 950th anniversary, and will meet with representatives from Historic Scotland to learn about the history of the local area and conservation of the site.

Where is Dunfermline and how big is it?

Dunfermline is located in the west of the Kingdom of Fife, around three miles inland from the Firth of Forth.

It has a population estimated to be around 58,508.

The former town’s bid pointed out that its annual fireworks display attracts around 30,000 local people, while the Christmas light event packs the town centre with 10,000 people.

One of the fastest-growing urban areas in Scotland, many new arrivals have been attracted by its short commute time to Edinburgh.

During the Middle Ages, Dunfermline was one of the seats of the kings of Scotland, and ruins of the royal residence of that time survive in Pittencrieff Park.

Dunfermline Abbey is the final resting place of 11 Scottish kings and queens, including Robert The Bruce.

The surviving nave of the abbey church, an example of massive Norman architecture, served as a parish church until 1821.

Virtually destroyed by fire in 1624, Dunfermline later developed as a centre for the manufacture of linen and damask, with the associated industries of bleaching and dyeing.

Today its economy is based primarily on retail and financial services.

His philanthropy started the world’s public library system and he gave away the equivalent of £52bn dollars in today’s money.

The millionaire industrialist and philanthropist was born in Dunfermline in 1835 and he was especially generous to his hometown, which remains the headquarters of all the Carnegie Trusts.

In terms of music, new wave and punk rock band The Skids formed in Dunfermline in the late 70s, as were rock group Big Country in the early 80s.

Big Country’s lead singer Stuart Adamson moved there from the nearby village of Crossgates.

Going further back, Nazareth formed in Dunfermline in the late 60s and have an impressive discography that spans the last four decades.

From the reign of King Malcolm III and Queen Margaret in the mid-11th century, Dunfermline became the seat of power and capital of Scotland.

The town remained the nation’s capital until the brutal murder of James I in Perth in 1437, when administrative power was passed to Edinburgh.

What’s there for visitors?

Any joy on the football pitch?

Dunfermline Athletic, or the Pars, endured a disastrous season in 2021/22. They finished second bottom of the Championship and then lost to Queen’s Park in the play-offs and were relegated to League One.

Historically, Dunfermline have fared better – winning the Scottish Cup in 1961 and 1968. They also reached the semi-final of the European Cup Winners Cup in the 1968-69 season.

He said: “The official title of city will give Dunfermline the wider recognition that it deserves as one of the fastest-growing, urban areas in Scotland, offering all the amenities that any modern city could hope for.

“City status will help us grow economically and as a tourist destination and will have a positive impact on Dunfermline and the surroundings.

“Of course, the people of Dunfermline have always known that Dunfermline is a city, that’s why we have the City Car Park, the City Hotel and City Cabs but it’s great to finally get official recognition of this.”

Meanwhile, speaking as the Queen’s Platinum Jubilee was celebrated, Scottish secretary Alister Jack said it was “fitting” that Dunfermline.

“Warmest congratulations to Dunfermline on gaining city status,” he said. “Businesses and communities alike will enjoy the benefits of this prestigious new title.

“Being awarded city status can give places a real boost, from helping grow the local economy, to raising its profile, to instilling civic pride.

“For a place with such rich royal history, it is fitting that Dunfermline is becoming a city as we celebrate our longest-serving monarch’s Platinum Jubilee.”

And finally… the new Doctor Who went to Dunfermline High School

Scottish Bafta award winner Ncuti Gatwa was named as the new Doctor Who earlier this year.

Gatwa, 29, was raised in Edinburgh, with his parents having moved there from Rwanda. Growing up, he went to Boroughmuir High School in Edinburgh and Dunfermline High School.

He went on to attend the Royal Conservatoire of Scotland in Glasgow, graduating with a BA in acting in 2013.