The SFRS said there are no reports of any casualties after the blaze. 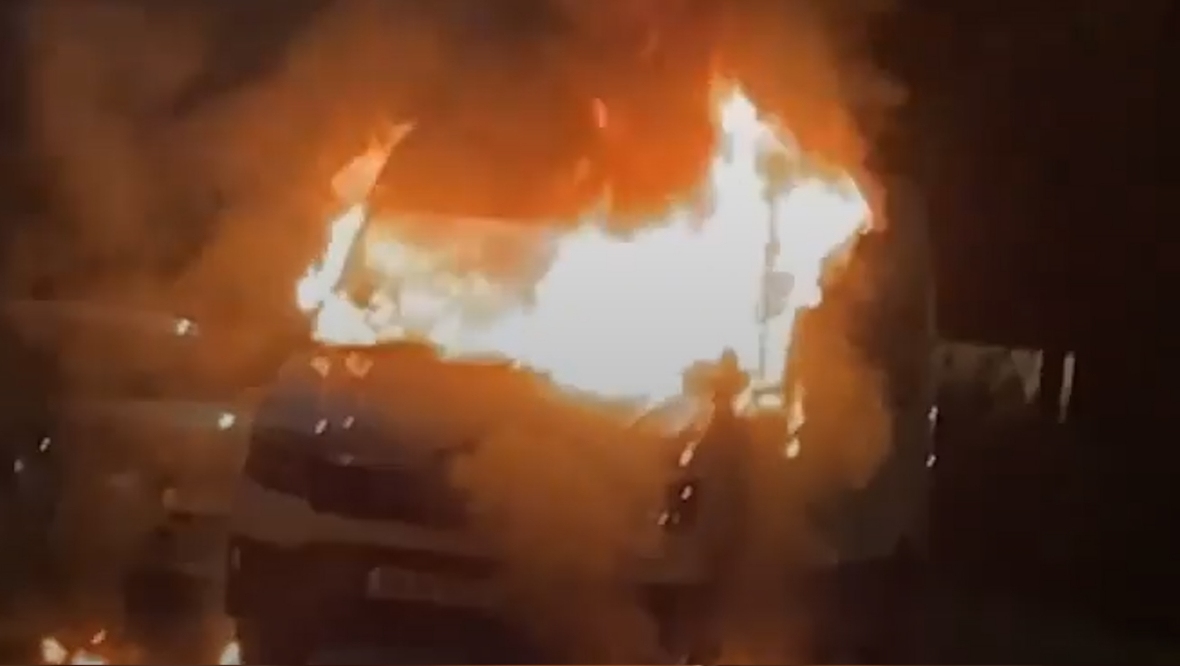 A parked DPD van burst into flames on a residential street in Falkirk.

Emergency crews were called to the scene on Claret Road in Grangemouth at around 5.40am on Tuesday.

The Scottish Fire and Rescue Service (SFRS) responded with one appliance and extinguished the fire while Police Scotland assisted with traffic management.

A Fire Service spokesperson said there were “no persons involved”, and there are no reports of any casualties.

The cause of the fire is not currently known.

A SFRS spokesperson said: “We were alerted at 5.40am on Tuesday, September 20 to reports of a van on fire at Claret Road, Grangemouth.

“Operations Control mobilised one fire appliance and firefighters extinguished a fire affecting one van. There were no reported casualties and crews left after ensuring the area was made safe.”