Double-decker bus veers off road and ploughs into building

Police were called to the incident in South East Circus Place, Edinburgh, shortly before 7am on Monday. 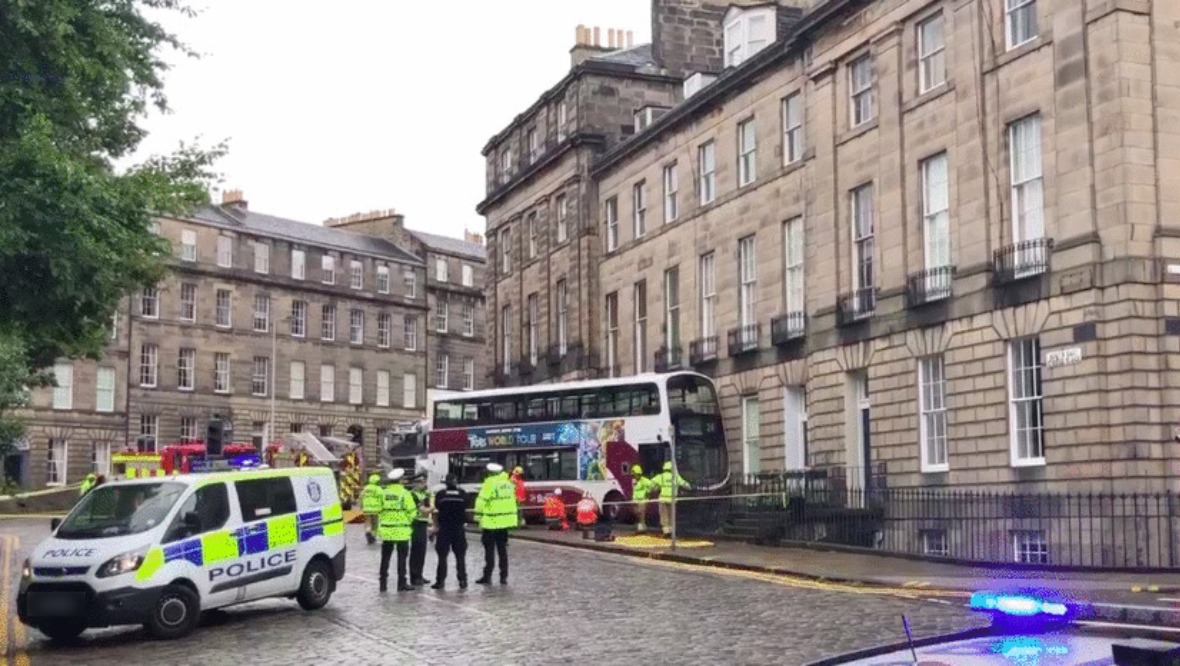 A double-decker bus has careered off a road and into a building in Edinburgh.

Police were called to the crash in South East Circus Place, Stockbridge, shortly before 7am on Monday.

The road has been closed at the Howe Street junction and officers remain in attendance.

The street has been taped off, with fire engines, an ambulance and a number of police vehicles at the scene.

However, it is understood no one has been injured.

A spokeswoman said: “Police were called to South East Circus Place in the Stockbridge area of Edinburgh at around 6.55am on Monday, July 27, following a crash involving a double-decker bus.

“The road is currently closed at the Howe Street junction and officers remain on scene.”