Ukrainian orphans settle into lives in Scotland after rescue mission

The children and their orphan mothers were evacuated from the city of Dnipro last month with help from Scots charity. 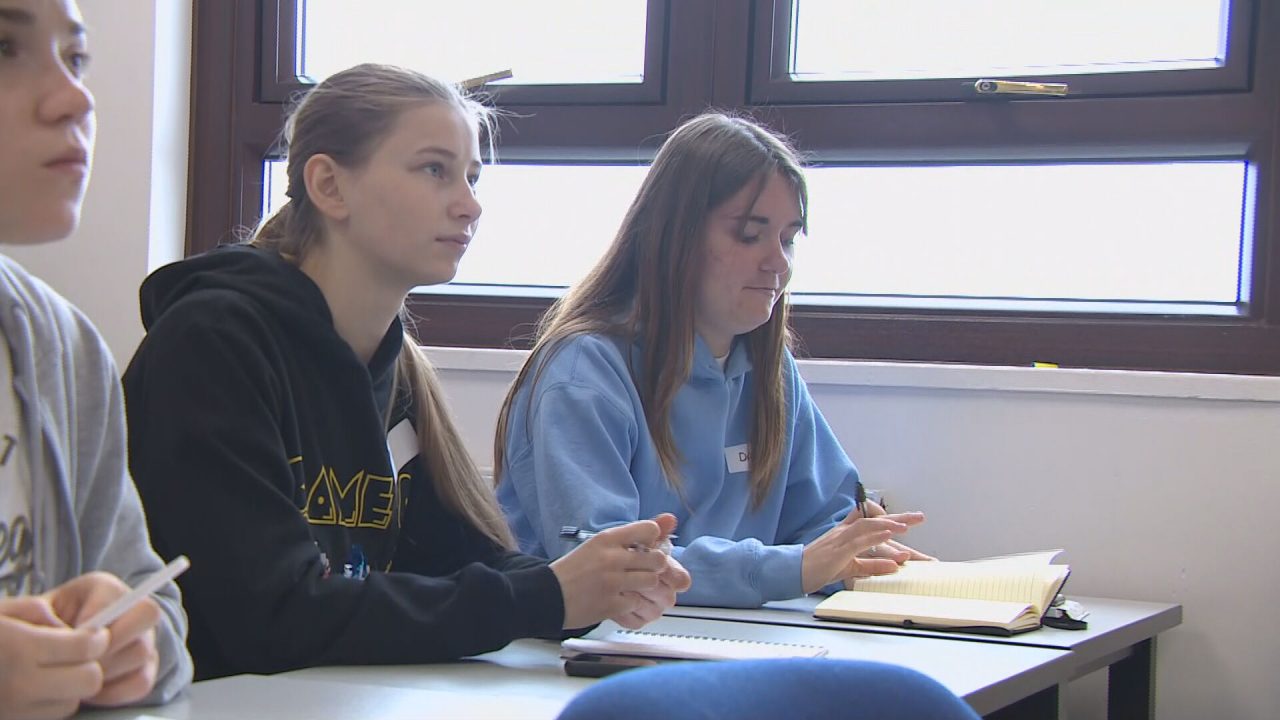 More than 50 orphans rescued from Ukraine with the help of a charity set up by Hibs supporters have been settling into their new lives in Scotland.

The children and their orphan mothers were evacuated from the city of Dnipro last month, with the help of the Dnipro Kids charity.

The youngsters, who are aged between two and 19, are now based in Edinburgh where they have been continuing their studies and acclimatising to life in Scotland.

Steven Carr, who set up Dnipro Kids, told STV News: “It’s been so emotional all the way through.

“To eventually get them here has been fantastic.

“The welcome that they’ve got here is just so emotional. You know, it’s just really hard to put into words. It’s great to see.

“The hope is that they have a home to go home to, first and foremost, that’s always a worry at the back of our minds.

“The orphanage mums, it’s a huge worry for them.

“So the hope is that they’ve got somewhere to go back to and that we just make the time here as enjoyable as possible for them so that the they go away having as many good memories of the trip to Scotland as I’ve had in my trips to Ukraine.”

‘To eventually get them here has been fantastic’

The children arrived in Scotland last month after fleeing their war-torn home.

When they crossed the border into Poland they had an emotional reunion with Mr Carr who had worked tirelessly to get them out.

There were further challenges in getting the children to Scotland, with paperwork hold-ups due delaying their flight to the UK.

After they arrived the children spent time in the rural setting of Callander, near Stirling, before moving to Edinburgh.

Their arrival was celebrated by Scotland’s First Minister who said they will find “love, care and support” in Scotland after fleeing the war in their homeland.

She tweeted: “A warm welcome to Scotland @DniproKids.

“I know you’d all rather be at home in Ukraine but you’ll find love, care and support here for as long as you need it.”