Sarah Barron was diagnosed with myeloma after being rushed to A&E when a tumour crushed a vertebra. 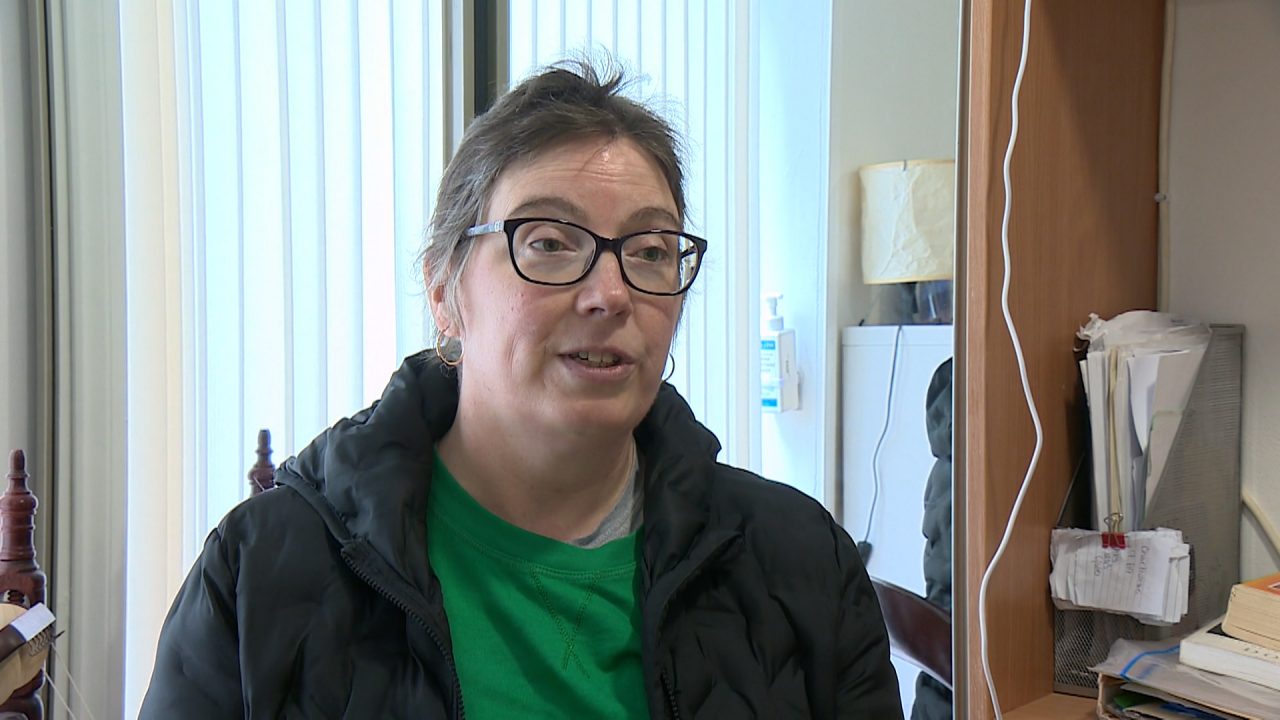 “I couldn’t move so I crawled to the living room, shouted and eventually somebody heard me and I was taken away in an ambulance to the hospital.”

Being a yoga teacher meant Sarah Barron was used to being flexible so when she was having pain in her back and hip she went to her physiotherapist.

“He couldn’t find anything,” the 48-year-old told STV News.

Her next step would have been to go to the doctor but before she could things took a turn.

“I was bending down to feed my cats and something snapped and I couldn’t move,” Sarah said.

“It was the worst pain I’ve ever felt in my life.”

She was rushed to hospital where medics discovered a fluid-filled tumour had crushed one of her vertebrae.

After a battery of tests, Sarah was diagnosed with myeloma – a type of blood cancer that a dedicated charity said is one of the hardest forms of the disease to diagnose.

Around 457 people in Scotland are diagnosed with myeloma, which occurs in the bone marrow, every year and delayed diagnosis is more likely in younger patients.

“There isn’t a cure for myeloma,” Sarah said.

“If you can get treated as soon as possible, it’s going to really help lots of people to live a little bit longer and maybe not see the disease come back again, maybe put them into remission for a longer time.”

Myeloma UK said half of patients with the incurable cancer have been left with life-altering spinal fractures and other avoidable complications due to delayed diagnoses.

“There are still no specific diagnosis targets to make sure the disease is caught and treated in time and to tackle unacceptable and truly harmful delays,” said Shelagh McKinlay, acting director of research and patient advocacy.

“This is doubly unfair since we know outcomes for myeloma are already so poor.”

It is likely that delayed diagnosis has been exacerbated by the Covid-19 pandemic which could result in a surge of patients suffering one or more serious complications as a result.

More than a third of cancer patients in Scotland were diagnosed after being rushed into hospital, according to a recent study.

The Scottish Government says while the NHS is still under big pressures from Covid, it has invested £20m pounds to help improve early detection of cancer.

A Scottish Government spokesperson said: “The NHS remains under sustained pressure as a result of Covid-19, with the number of people awaiting diagnostic tests now at the highest level since 2018, and we are working tirelessly with health boards to provide vital services.

“We continue to see an increasing number of cancer referrals and our priority is to ensure these people receive cancer diagnosis and treatments safely, and based on their clinical urgency.

“Ten million pounds of additional funding was directed to support cancer waiting time improvements in NHS Scotland across 2021/22, with a further £10m for 2022/23.

“These funds are being directed across a number of specialties, with a strong focus on colorectal and urology – two of the most challenged 62-day pathways. Initiatives include up-skilling nurses and investing in diagnostic tests to extended working days and weekend working, to increase capacity and both see and treat cancer patients as quickly as possible.

“Our stakeholders, like Myeloma UK, will be key in our engagement process to develop the next cancer strategy and early diagnosis vision. Preparations for our public consultation are currently under way and will be live shortly.”