Annie and Michael are back together after a challenging period, which saw them both hospitalised. 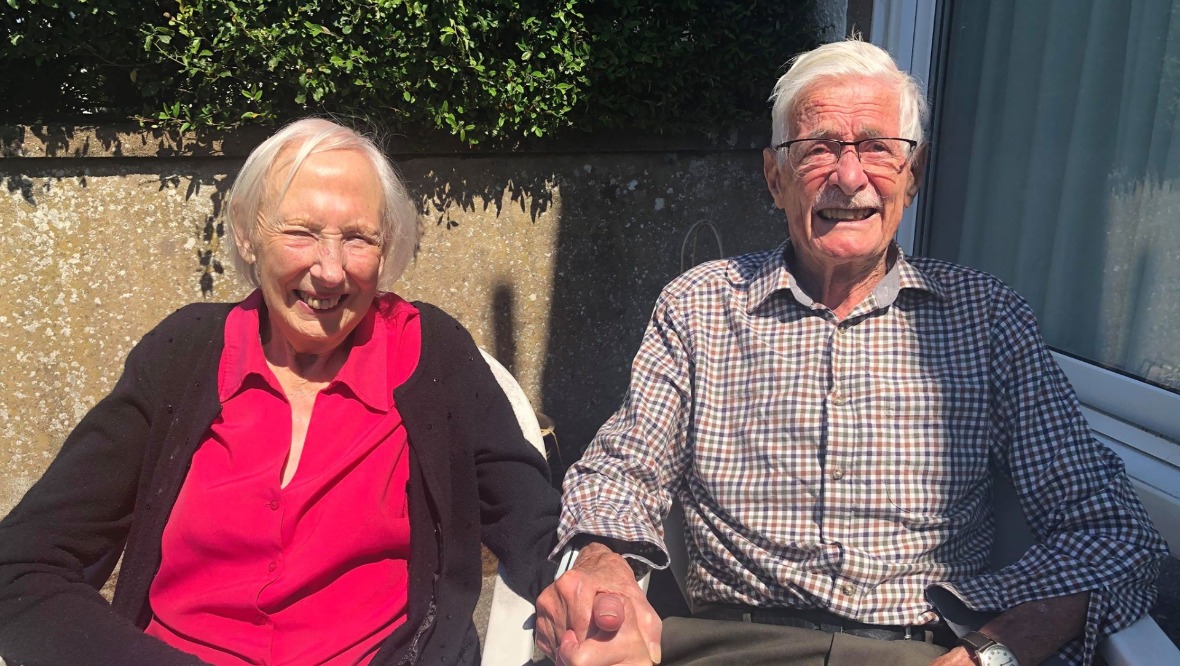 An elderly couple have finally been reunited at home after they were taken to hospital within hours of each other a week before lockdown.

Annie, 88, and Michael, 92, are back together in Edinburgh after a challenging period, which started more than two months ago.

On Monday, March 16, Annie fractured her pelvis before Michael, a matter of hours later, experienced a fall and a heart attack.

They were both taken to the Royal Infirmary of Edinburgh, where they weren’t completely separated and were allowed to have their meals together during their recovery.

After more than a month in hospital, the couple were transferred to Liberton Hospital – where Annie tested positive for Covid-19.

This meant Michael had to come home without his wife. However, after another two weeks in hospital, Annie was released on May 18 as she tested negative for coronavirus.

On Monday, one of their five grandchildren was able to visit for the first time – at a safe distance in their garden.

Annie and Michael’s daughter, Morag Taylor, said: “It’s a huge relief. [We] just wanted to give that ray of hope. It doesn’t mean it’s the end of the road.

“We’ve been extremely lucky but, yet again, some of the other women who tested positive on mum’s ward, they have all now also recovered.

“It’s just unbelievable to be able to actually come here and see them both sitting out here and bring the grandchildren, for us all to start looking forward to things again in the future, rather than just living day to day.”

‘It’s a huge relief. [We] just wanted to give that ray of hope. It doesn’t mean it’s the end of the road.’

Reflecting upon the experience, Annie said: “I had no idea I was in there for eight weeks, I couldn’t believe it. I had two feelings about getting home, because everybody said ‘you’ll be delighted’, yes and no, because there I had everything done for me, I didn’t need to think. Of course, now you have to do everything.”

Michael added: “They must have wondered what in devil’s name, the same family, a few hours between them.”

The 92-year-old admitted there were times over the last few months when he was unsure of what the future may hold.

“I was worried,” Michael said. “I was keeping my fingers crossed. I had visions of her, as I say, maybe having to go into a care home or something like that.”

Annie added: “All I thought was I hope he’ll manage alright.”