Women from one of Scotland's most deprived areas gather to cook, socialise and learn new skills together. 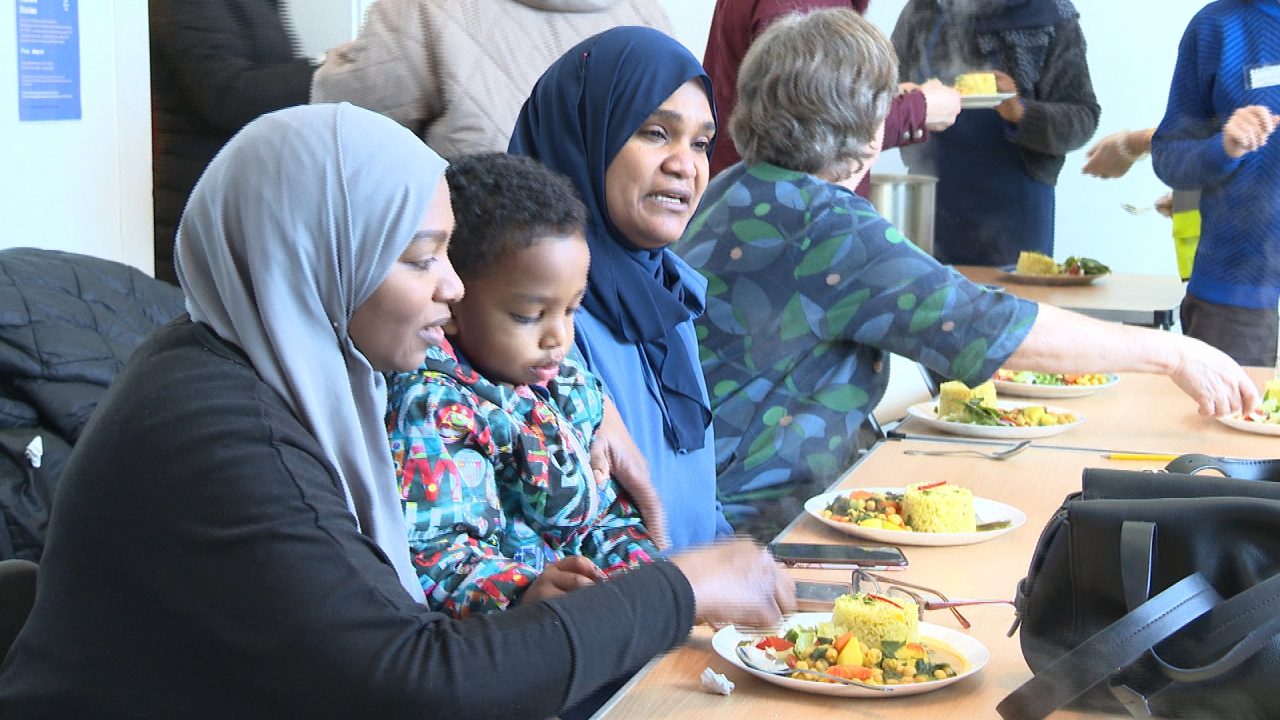 In a community kitchen in Edinburgh, a group of women gather to share recipes, cook together and sit down to a hearty meal.

The weekly event at the Whale Arts Centre is a highlight for many, celebrating different cultures, faiths and languages.

It’s part of a programme of events put on by Score Scotland, an organisation with big ambitions – to tackle racism, combat poverty, beat loneliness and cut carbon emissions.

The charity supports people of dozens of different nationalities.

Score manager Adil Ibrahim said: “You can imagine the big difference that can make to a family, say a mother with a number of children, now able to drive – it’s empowering for her to be able to do her own thing.

“It’s very important for our community members to have this space where they can come along, meet new people, and find out about services in the area.”

At the latest lunch, Score presented certificates to a group of Sudanese, Syrian and Algerian women for completing a bilingual driving theory course in Arabic and English.

Score launched the course after requests from regulars such as Iman Omar, who told STV News: “It was very useful. Now we can get more practise and book for the [driving] exam.”

Her friend Reem Abdallah agreed, adding: “For me, it means a lot because before the course it was very difficult for me to understand.”

And locals have plenty of options to get involved, with a packed timetable of activities including Zumba, yoga and cycling classes, and dedicated youth and women’s groups.

Community worker Madhavi Apparala, who oversees the fridge project, told STV News: “We get a lot of good quality food which will end up in landfill if we don’t take it.

“We encourage people to come and take it – it’s not a food bank, this food is for everyone. There is a lot of demand.”